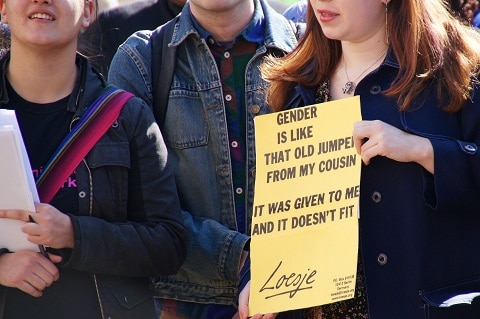 A bill allowing Californians to choose non-binary on official documents is expected to pass later this year.

The bill passed the state senate last month and a final vote is predicted to take place by the end of summer.

According to ABC10, the next vote will take place Monday July 10 when it is heard in the assembly transportation committee.

“The idea is that this piece of legislation has been moving forward this year. We’re hopeful that things will continue to go well and that it will be on the governor’s desk by fall, and will hopefully become law in California this year as well.”

Questioned on whether the legislation will cover such identities as bigender, cisgender, intersex, trans and two-spirit, Michael added that female, male and non-binary options will “cover pretty much everyone.”

Watch the CBS report The Gender Beyond He or She below.