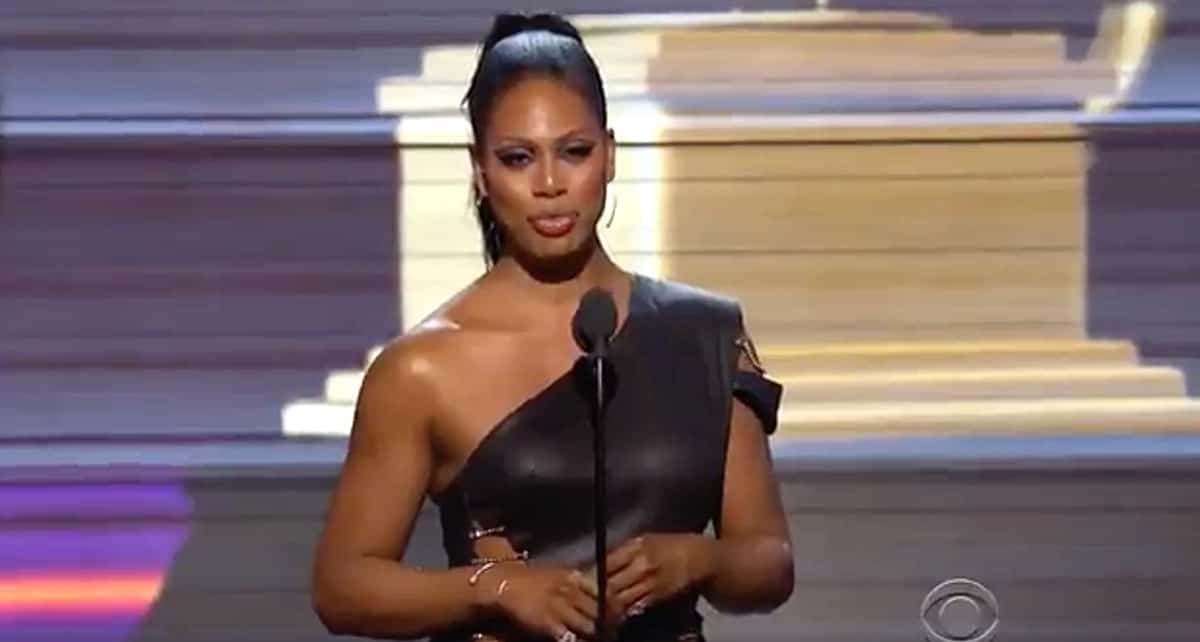 Doubt and Orange is the New Black actress Laverne Cox used her moment at the Grammys to draw attention to the transgender rights case that is on its way to the Supreme Court.

Grimm is the 17-year-old student  in a legal battle with his local Virginia school district over permission to use the boys’ room in accordance with his gender identity.

a powerful #GRAMMYs call to action by @Lavernecox for @GrimmGavinE #StandWithGavin pic.twitter.com/AFXn82tPDe

Grimm had no idea Cox was going to call him out, the Washington Post reports:

Grimm, now 17 and a high school senior, said Sunday night that he had no idea Cox was going to mention his name and was not watching the Grammys. But his mother Deirdre was in another room, and Grimm found out only when she “started shrieking.”

“I was just so thrilled because I love her. She’s just a beautiful person inside and out,” Grimm said. “I was really touched and thrilled and honored that that was the first thing out of her mouth.”

Grimm, once painfully shy, has become the unlikely standard-bearer for transgender student rights.

“At this point, that’s the role I occupy and I want to make sure I’m using that platform for positive,” Grimm said. “I definitely didn’t set out at the beginning wanting to or expecting to shouted on the Grammys.”

#StandwithGavin he is going to #SCOTUS in March. He is just 17 years old and wants the same rights as every other boys in his high school.