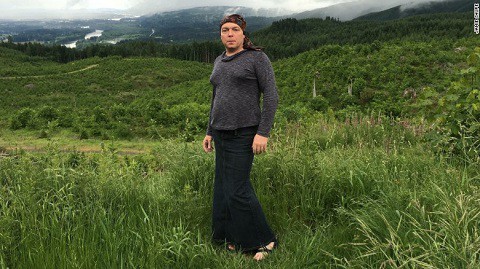 An Oregon judge has ruled that army veteran and Portland resident Jamie Shupe, who identifies as neither male nor female, can legally be considered nonbinary.

Judge Amy Holmes Hehn made the decision last Friday in what is thought to be a first for Oregon.

Assigned male at birth, Shupe started transitioning in 2013 to female, which was the only option at the time. However, Shupe said male and female titles didn’t seem fitting. Instead Shupe prefers to use Jamie as a pronoun.

“Oregon law has allowed for people to petition a court for a gender change for years, but the law doesn’t specify that it has to be either male or female.

“The law just says, ‘change.’ Historically, people have asked for a gender change from male to female and the other way around, but Jamie is the first to ask for the gender of ‘nonbinary.'”

Perriguey added that the standard form provided to apply for a gender change listed only male or female as options, so he inserted “nonbinary.”

Hehn determined that Shupe underwent surgical, hormonal or other treatment for the purpose of gender transition and found there is no reason “why the requested general judgment should not be granted.”

On the ruling, Shupe said “It feels amazing to be free from a binary sex classification system that inadequately addressed who I really am, a system in which I felt confined.”