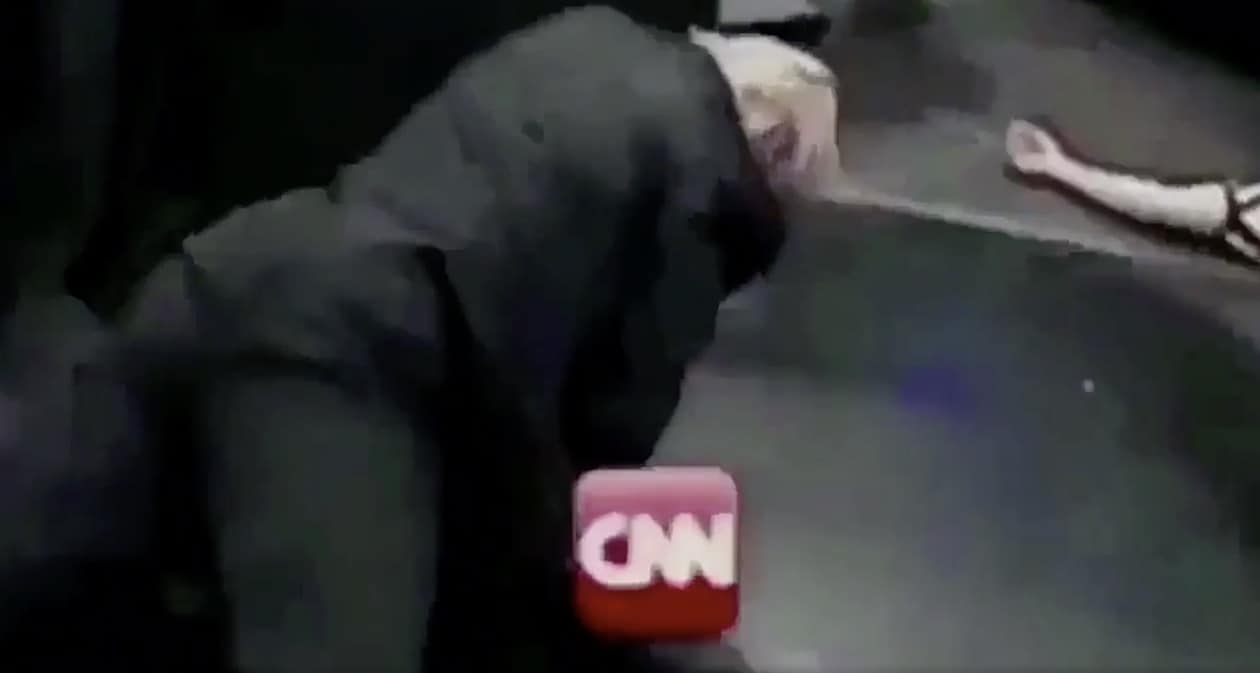 Donald Trump on Sunday morning tweeted a video of himself bodyslamming a man with a CNN logo on his face.

Who edited the anti-CNN video? There was no immediate answer, but a version of the video appeared on a pro-Trump Reddit thread several days ago.

The CNN public relations department responded to the president with a tweet that quoted his own deputy press secretary Sarah Huckabee Sanders.

Three days ago Sanders said: “The President in no way form or fashion has ever promoted or encouraged violence. If anything, quite the contrary.”

In a statement, CNN said called it a “sad day when the President of the United States encourages violence against reporters.”

“Clearly, Sarah Huckabee Sanders lied when she said the President had never done so,” CNN’s statement continued. “Instead of preparing for his overseas trip, his first meeting with Vladimir Putin, ‎dealing with North Korea and working on his health care bill, he is instead involved in juvenile behavior far below the dignity of his office. We will keep doing our jobs. He should start doing his.”

So who’s proud to be an American this Fourth of July?