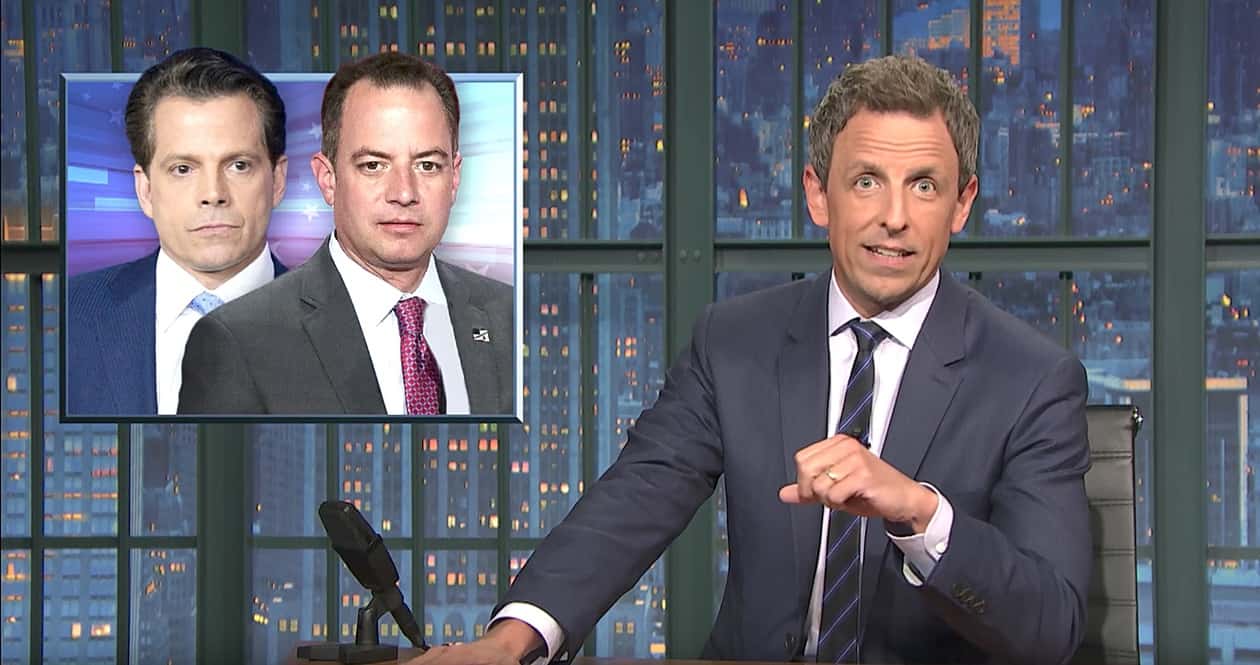 This provided ample fodder for Seth Meyers segment A Closer Look, but the language was a little too colorful.

“Now there’s one word we can’t say on TV,” said Meyers, “so instead we’re going to play the sound of a rooster and you can figure out what word he was using.

Meyers then related another quote: “I’m not Steve Bannon, I’m not trying to suck my own [rooster].”

Quipped Meyers: “I’m guessing Bannon was unavailable to comment because, based on his skillset, he was otherwise engaged. Or maybe he did comment and it was muffled. You know, because of his [rooster].”