HARVEY LATEST: The storm is moving back into the Gulf over the next 6-12 hours; even more rain is on the way: https://t.co/QOLcHGnV7c pic.twitter.com/vhWsS3Ie3a

HURRICANE HARVEY. Mexico offers relief: ‘The Mexican government expressed its solidarity Sunday with the United States following the damage caused by Hurricane Harvey and offered assistance to Texas. Mexico offered to help Texas deal with the disaster, “as good neighbors should always do in trying times.”‘

LOOK WHAT YOU MADE ME DO. Taylor Swift’s video director says he didn’t rip off Beyoncé.

ARIZONA. Joe Arpaio may challenge Senator Jeff Flake in primary: “Arpaio’s apparent interest in the Arizona primary comes as Trump continues to encourage potential challenges to Flake. He recently tweeted in support of former State Sen. Kelli Ward (R), who jumped into the 2018 primary before the 2016 race even ended. And Trump’s administration continues to speak to potential challengers, most recently meeting with a group backstage at his rally in Phoenix last week.  ”

VIRGINIA. Police finally arrested a man who fired a gun at a black protester in Charlottesville.

FRANK BRUNI. The worst (and best) places to be gay in America. “There’s no such thing as L.G.B.T. life in America, a country even more divided on this front than on others. There’s L.G.B.T. life in a group of essentially progressive places like New York, Maryland, Oregon and California, which bans government-funded travel to states it deems unduly discriminatory. Then there is L.G.B.T. life on that blacklist, which includes Texas, Kansas, Mississippi and South Dakota.”

TRUMP. Isolating us from allies and militarizing the police.

MINNIE DRIVER. She may be coming back to Will & Grace.

CONDRAGULATIONS. A UK version of RuPaul’s Drag Race is definitely happening. ‘Speaking exclusively at DragWorld, Michelle explained: “Myself and Ru will be doing it, there will be no one else. It’s RuPaul’s Drag Race, and you speak English so we don’t have to worry about the translation.’

MISSOURI. College of the Ozarks named worst college for gay an trans students: “Valorie Coleman, a public relations director at the school, told the Springfield News-Leader that she does not consider the school hostile to LGBT people, but she acknowledged its strict rules against what she called sexual immorality.” 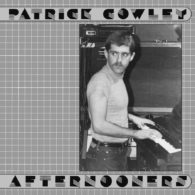 CORAL RIDGE MINISTRIES. Florida church sues over designation as an anti-LGBT hate group: “In a lawsuit filed Tuesday in Montgomery, Ala., federal court, Coral Ridge Ministries Media Inc. accused Amazon of religious discrimination and GuideStar USA and the SPLC of falsely labeling it as an anti-LGBT hate group. Coral Ridge does business as D. James Kennedy Ministries and is based in Fort Lauderdale, Fla. It began in 1974 and produced a television show “Truths that Transform,” and a radio show by the same name.”