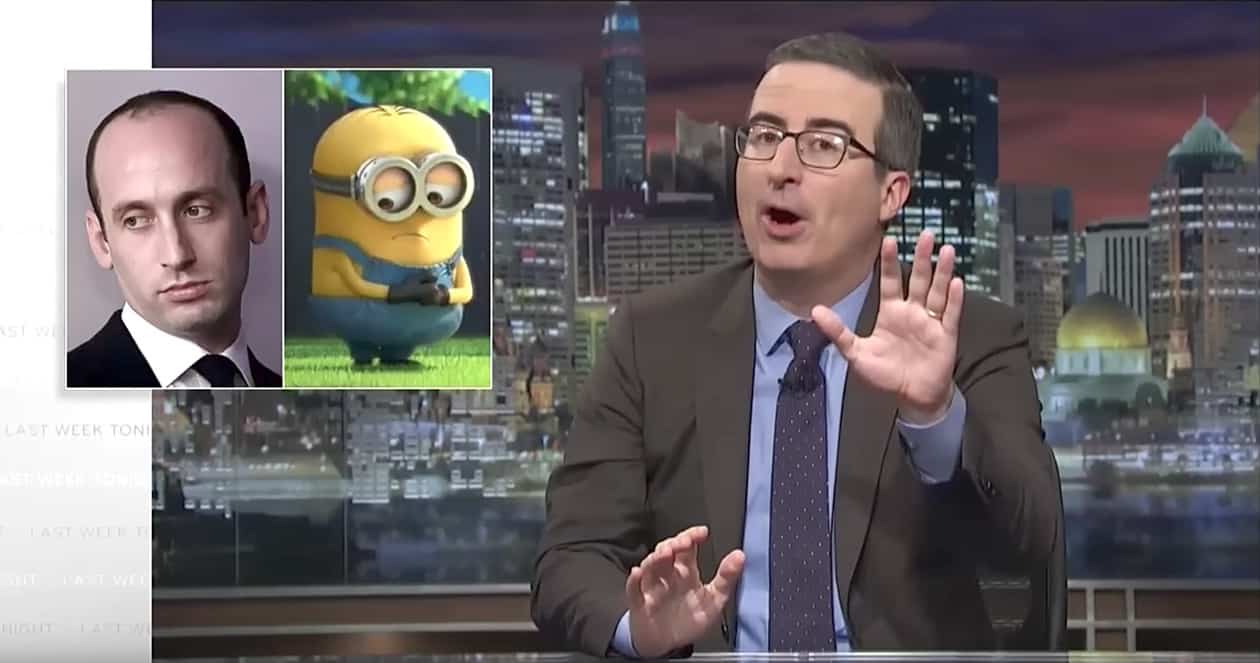 John Oliver went after White House advisor Stephen Miller on Sunday night for his defense of Trump’s immigration bill which would favor immigrants who speak English, among other things.

Miller had an exchange with CNN’s Jim Acosta last week in which he argued that the inscription on the Statue of Liberty referencing “your tired, your poor, your huddled masses yearning to breathe free” was irrelevant because it was added later.

“Just because it wasn’t part of the original does not mean it is worthless. Some of the best things ever made were changed part way through. Did you notice for instance, that there was a time when The Fast and the Furious movies didn’t have The Rock in them? It’s true. And they sucked. That’s why they added the f**king Rock!”

Oliver then lamented the fact that Miller is being considered for the job of White House Communications Director, noting that “he’s 31 human years old. He’s the same age as the Olson twin! Miller is so young that there are videos of him on the internet showing what he was like in high school…”

Oliver then showed a video of Miller campaigning for student government on the platform of not having to pick up trash in the school’s hallways “because there are plenty of janitors to do it for us!”

“He is truly one of the most revolting humans/minions I have ever seen.”