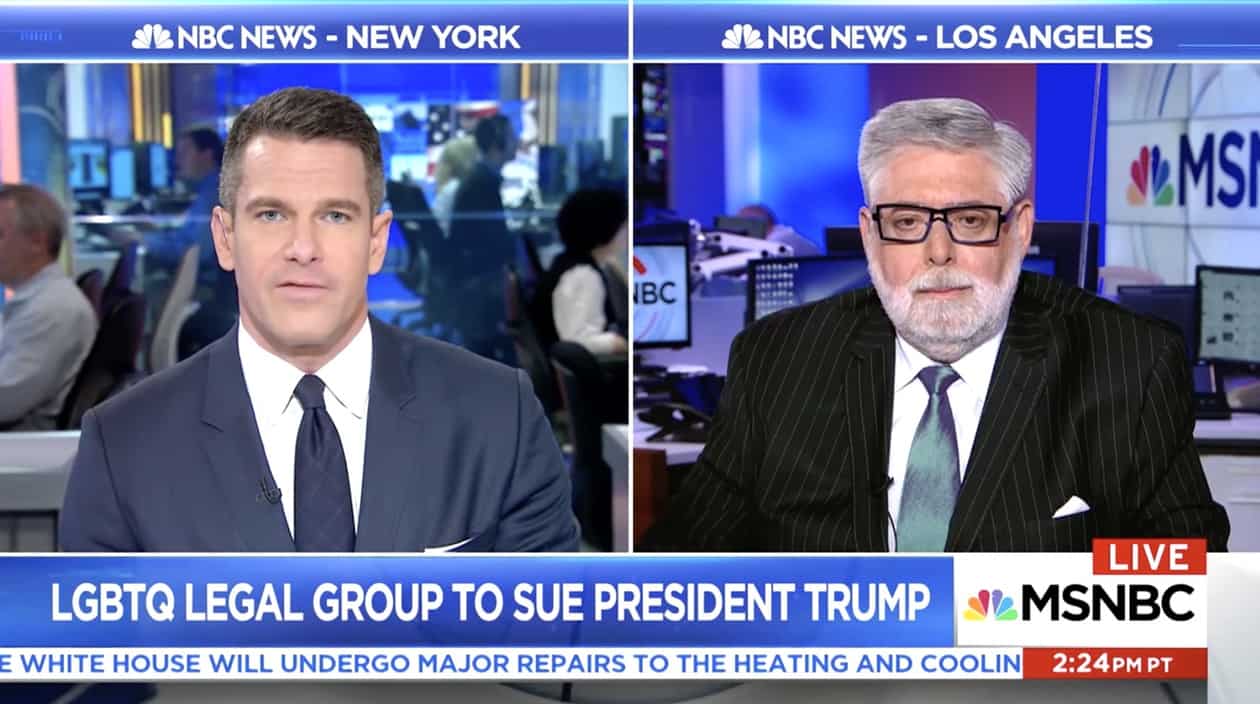 Lambda Legal’s Jon Davidson says the group is responding to news on Friday that official guidance on Trump’s transgender military ban has been approved by the White House counsel’s office by filing a lawsuit against Trump with the LGBT military group Outserve SLDN.

The Washington Blade reported on the guidance on Friday:

Approved by Trump, the new policy is expected to be now delivered into the hands of Defense Secretary Jim Mattis (above), who has been quiet on the issue with approximately 15,000 trans service members under his command.

After his review, Mattis is expected to order a deliberate implementation by the Pentagon, which could take a period of time.

Though the policy—called “A Guidance Policy for Open Transgender Service Phase Out”—has not yet been made public, sources familiar with the planning said it would encourage early retirement, usher out any enlisted personnel after their contract is up, and would fire trans officers up for promotion. Basically, said a source, “the administration wants to get rid of transgender service members as fast as they can.”

No one yet knows what will happen to the service members currently fighting in combat. The new policy does allow trans service members to continue serving but apparently does not offer any protection from harassment or other efforts to get them to quit.

Said Davidson: “There is absolutely no reason except for bigotry to not allow these people to continue to serve…This is really un-American. And it’s shameful. A president who has never served in the military is disregarding the considered judgment of the top military leadership.”