You are here: Home / Students and Parents Demand Removal of Pride Flag from Alabama High School, Equate it with the Confederate Flag: WATCH 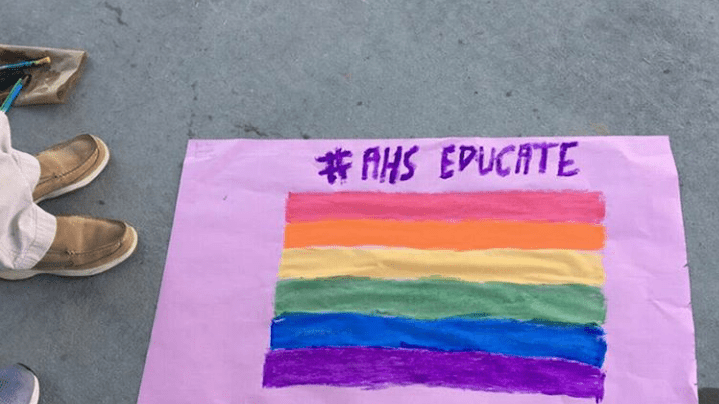 A firestorm has erupted at Auburn High School in Auburn, Alabama over a teacher’s decision to display the Pride flag in her classroom. The decision prompted students and parents to write a lengthy petition demanding the flag’s removal.

They argue that having the rainbow flag around makes the andti-LGBT haters feel uncomfortable, so it should go.

The petition also states: “The signers of this petition would like for you to consider the uproar and chaos that would ensue were a teacher to hang for example a Confederate, Christian, or Heterosexual Flag in their classroom. There would likely be protests, emails from teachers, and threatening of lawsuits from parents with differing viewpoints. As such, one does not see teachers hanging these flags in classrooms due to the same facts that it is unprofessional and can create a hostile and unideal learning environment.” 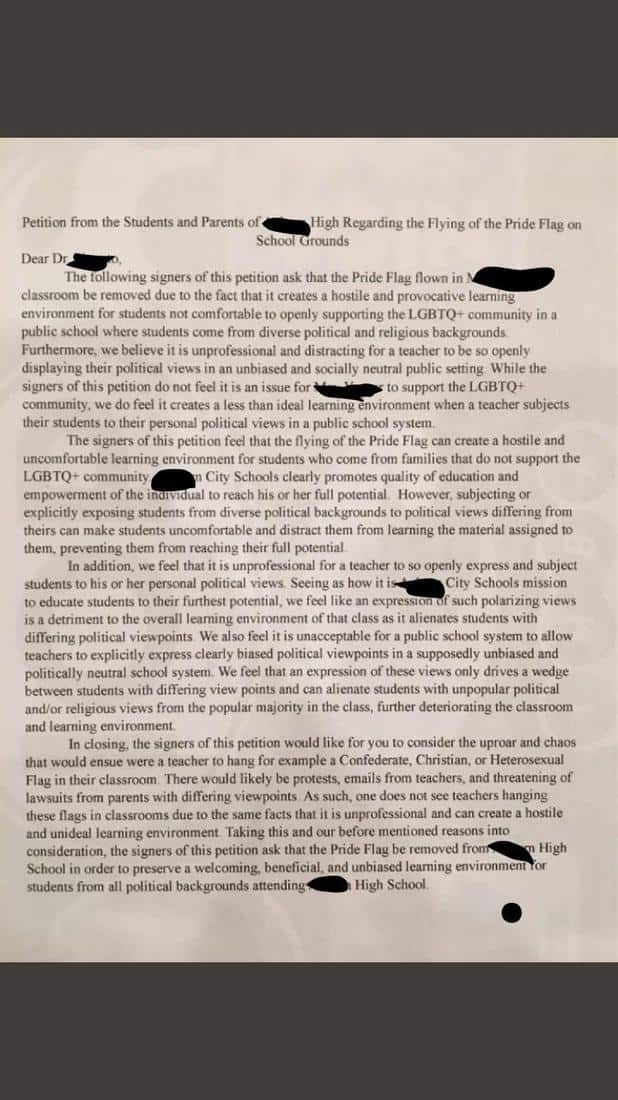 Another group of students has created a counterpetition, which reads:

Very recently, a group of students have petitioned Dr. Pignato for the removal of Mrs. Yeager’s LGBT pride flag. Their case states that “the flying of the pride flag can create a hostile and uncomfortable learning environment.” Further, they posit that “Subjecting or explicitly exposing students… to political views differing from theirs can make students uncomfortable.”

Auburn Highschool is a diverse and equitable school recognized for its achievements in education. Especially considering the construction of our new highschool, Auburn High and Auburn City Schools as a whole clearly stands at the forefront of modern thought. In the real world, to suggest individuals be isolated from differing political views is an absurdity. To be made uncomfortable by opinions differing to your own is to function as a modern human. Attempting to insulate a student from political discourse would be an insult to their intelligence.

Lastly, and most importantly, the pride flag and the AHS Educate club has served to provide a healthy environment for our LGBT+ peers to feel comfortable being who they truly are. The flag represents this safe space, and frankly, the sentiment for removing the pride flag is an affront to the work that has been done nationally to fight for recognition of the community.

The signers of this petition not only refute the points of the original complaint, but stand by Mrs. Yeager’s decision and right to display the pride flag, especially as the sponsor of the AHS Educate club.

Watch a report from WRBL: