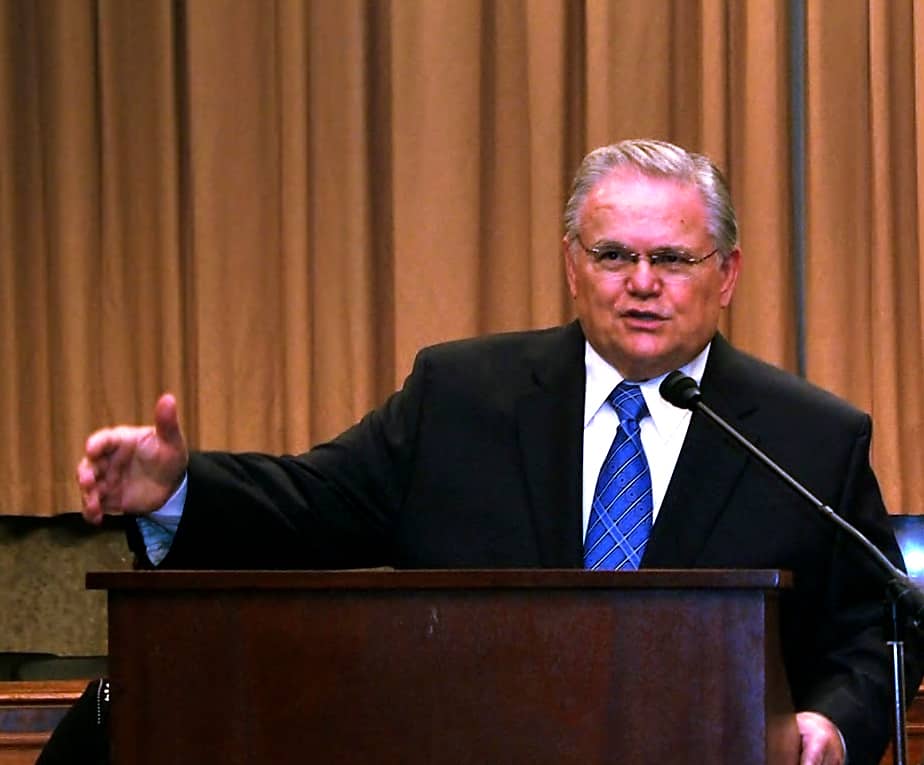 Forgive me, since I am going to write about the outrageous abuse committed by Christian institutions which use their tax-free status to promote homophobia, misogyny and racism. This is not a uniquely Christian problem and you can find similar abuse in other faiths. I am a Christian who has a deep spirituality. This is personal to me.

My spirituality is rooted in the liberation theology of Archbishop Oscar Romero of El Salvador who was assassinated in 1980 for his work for the poor and his attempts to stop systematic torture by the government. He has inspired millions to serve the poor, fight for peace and seek justice for all.

For too many religious institutions in America this is not the case. In fact, the years since faith-based institutions rallied in the 1960s for civil rights and an end to the Vietnam War, religion as a whole has dramatically shifted to the right. Anyone who doesn’t believe that the religious right is political, supports candidates and uses their tax-exempt status to deny rights to others is living on another planet.

The time has come for the United States to stop subsidizing religions and insist that they pay their fair share. The evidence is overwhelming for eliminating this exemption. The impact would see billions flow to the U.S. Treasury. By repealing the exemption, an additional $80 billion a year in revenues would be available to finance school lunches, to support meals on wheels, house the homeless, support after school programs, and bring the arts to all Americans.

Megachurches point out all the good work they do for people in their congregations. Bravo, then let them deduct that good work from their tax forms and document their deeds like everyone else. The facts are clear that many religious institutions in the United States have become very political and attempt to force their moral beliefs on an entire country.

All my life, I have heard from organized religion how I will roast in hell for being gay. That I will molest children, grow horns out of my head and cause hurricanes by being gay. The more extreme religious leaders even advocate concentration camps or the death penalty for LGBTQ Americans. Now in a country that values free speech, they have the right to hold those outrageous beliefs but damn it, I shouldn’t have to pay more taxes so they can spread their filthy and hateful ideas.

There is an additional argument for churches to lose their tax-exempt status aside from the one I’ve just discussed. Many religious entities have become totally corrupt. These institutions have exploited their members by stealing their money, abusing their children, and using the sacred ‘collection plate’ to enrich themselves.

The stories are legend.

The Pentecostals, especially those which hate gays, have been particularly abusive of their tax-exemptions with scandals involving finance and sexuality. Pastor Stephen Furtick of Elevation Church in North Carolina built a $1.7 million-dollar 16,000 square foot mansion that he claims God sent him as a gift. Wonder what the Creator will give him this Christmas? Now like every other talented rip off artist, he claims the money came from his books and tapes which he shills from the pulpit and on his televised revivals. Every pastor at this mega-church receives tax free housing.

The well-known hater Pastor John Hagee of the Cornerstone Megachurch in San Antonio receives $1,000,000 a year in salary and the Hagee Ministries Trust owns a ranch in Texas it purchased for $5.5 million in 2000 complete with an airstrip.

Megachurch Pastor Creflo Dollar in Atlanta owns a mansion in Atlanta, a $2.5 million-dollar apartment in New York, drives a Rolls Royce and has his very own Lear Jet.

Evangelist Benny Hinn pays $112,000 a month to lease his private jet. For that amount of money, you think that God would teach him to fly like a bird!

And this has been happening for a long time. Who can forget Richard Roberts (Oral’s son) who spent millions for trips, jets, and shopping sprees? Ten years ago a report emerged that his house had been remodeled 11 times in a short time period. Included in those renovations was a ‘special room‘ where Richard’s wife Lindsay had an affair with a sixteen-year boy. Only the Lord knows what Richard was up too while his wife was having her affairs with young boys.

The scandals are never-ending. One minister after another is stealing money, engaging in sexual escapades, using drugs and purchasing private jets. They claim it is private investments making them rich but it’s their tax exemptions and our tax dollars that gave them the support and ability to make it happen. It is just outright corruption, fraud and exploitation.

Acting like good ole time Southern populists, they discovered they could use the tool of fear to persuade their congregations to hide their misdeeds. Homosexuality and abortion have become vehicles to hid their greed and offenses. Hundreds of appeals are made via their private media to send more money to fight these great evils. They have found a third issue to raise money for more goodies. They blast Islam as if the entire religion is a terrorist organization. Please keep sending those checks — especially you older citizens living on Social Security.

In order to stop any investigations into fraud, child abuse and violations of the tax code, they have built a religious right political movement. Republicans need their votes and the right wing religious leaders need Republicans in office to protect them from prosecution for their crimes. When questioned about their corruption, they wrap themselves in the mantle of ‘religious liberty’ to hid their sins.

There are scores of powerful, kind and loving religious leaders who are devoting their lives to erasing poverty and fighting for equality and economic justice. As Archbishop Romero stated, “There are many things that can only be seen through eyes that have cried.”

Want more funds for social programs? We can generate near $80 BILLION a year by fairly removing tax-exemptions from religious institutions. It is the right thing to do.

After Jesus and his disciples arrived in Capernaum, the collectors of the two-drachma tax came to Peter and asked, “Doesn’t your teacher pay the temple tax?”

When Peter came into the house, Jesus was the first to speak. “What do you think, Simon?” he asked. “From whom do the kings of the earth collect duty and taxes—from their own sons or from others?”

“From others,” Peter answered.

“Then the sons are exempt,” Jesus said to him. “But so that we may not offend them, go to the lake and throw out your line. Take the first fish you catch; open its mouth and you will find a four-drachma coin. Take it and give it to them for my tax and yours.”

Previous Post: « ‘What About Us’ is Pink’s New Anthem and It Can Lift You Up Right Now: LISTEN
Next Post: 5 Active Duty Transgender Service Members Sue Trump Over Ban, Which Will Cost $960 Million to Implement »