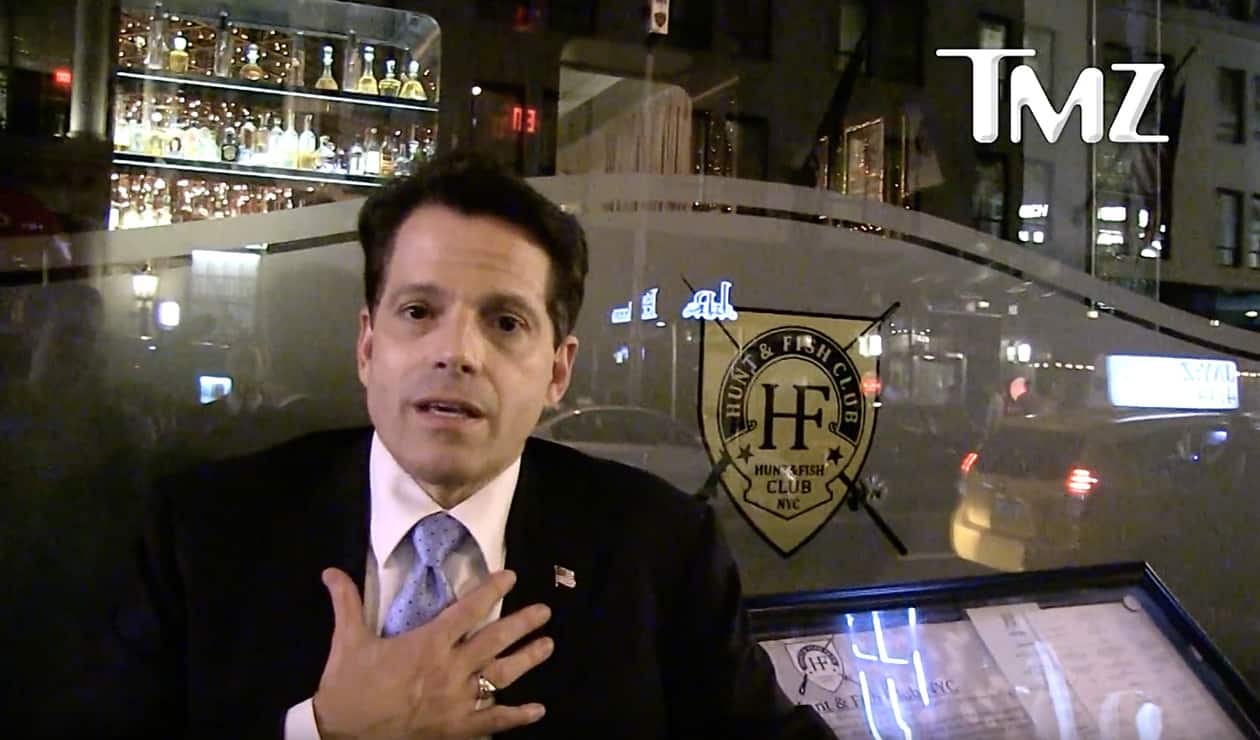 TMZ caught up with Anthony Scaramucci and grilled him about Trump’s response to the white supremacist violence. They also asked about his support for gay rights.

“I have been an active – for the last decade – gay rights, gay marriage equality supporter. Particularly here in New York  and New York City but around the world. And I think that ‘life, liberty , and the pursuit of happiness’ when they wrote that, I don’t think it was just meant for straight people, and so for me, I’m a very active gay rights supporter. In addition to that – even though I’m a Roman Catholic and I believe in a right to life I would never impose those values on other people. So for me I’m actually very socially inclusive as a human being, and I’m a Republican because I believe that you need free market principles to create class mobility.”