You are here: Home / Trump Lashes Out at CNN Reporter, Who Snaps Back: ‘Haven’t You Spread a Lot of Fake News Yourself, Sir?’ – WATCH 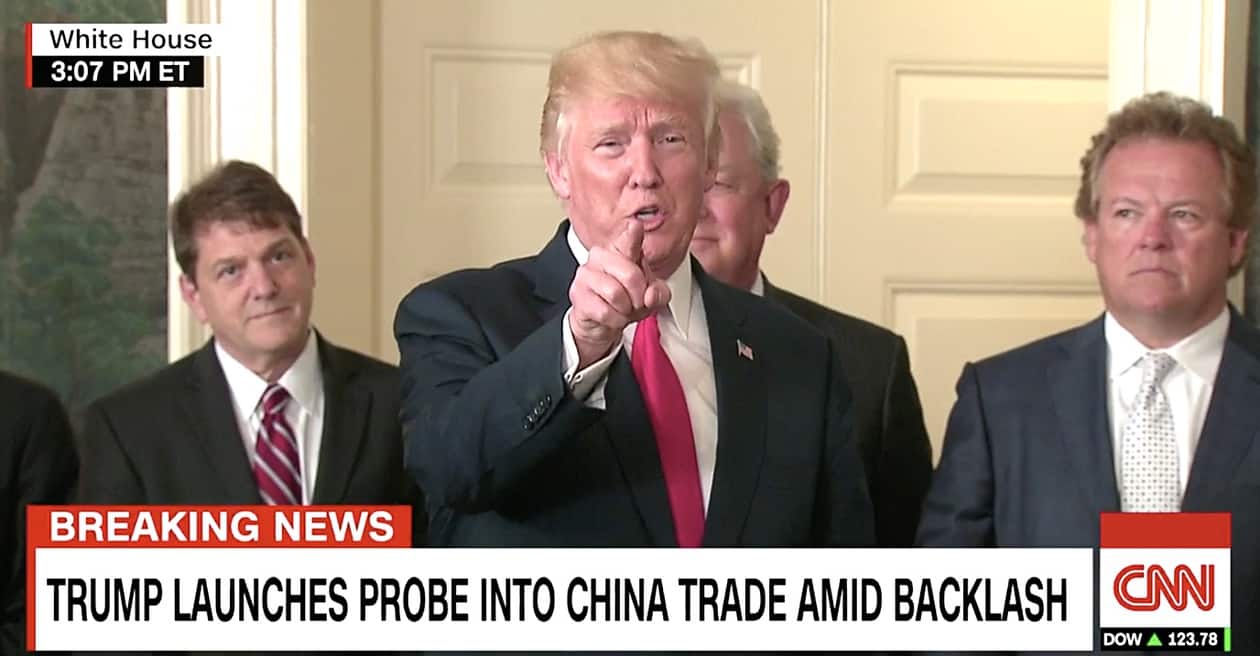 Following a press conference today at which he signed a memorandum launching an investigation into Chinese trade, CNN’s Jim Acosta grilled Donald Trump as he left the room, asking why it took him so long to condemn the hate groups behind the violent white supremacist rally in Charlottesville over the weekend.

“Can we ask you some more questions, sir?”, asked Acosta.

“It doesn’t bother me at all, but you know I like real news, not fake news, ” Trump snapped, pointing at Acosta. “You’re fake news.”

As Trump walked out, Acosta yelled, “Haven’t you spread a lot of fake news yourself, sir?”

The president said we just had a press conference. We did not. That's fake news.