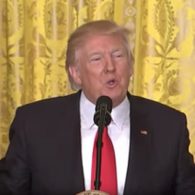 FIRST HAND. Trump didn’t witness any of Hurricane Harvey’s devastation first hand. He lied again. “He met with a number of local officials who are eating, sleeping, breathing the Harvey disaster,” Sanders said. “He talked extensively with the governor, who certainly is right in the midst of every bit of this, as well as the mayors from several of the local towns that were hit hardest. And detailed briefing information throughout the day yesterday talking to a lot of the people on the ground — that certain is a firsthand account.”

CRYING NAZI. Christopher Cantwell thinks people are being mean to him. “I’m a goddamn human being.” 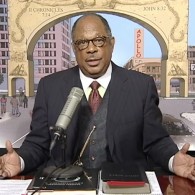 JAMES DAVID MANNING. Harlem Hate Pastor adds TV to controversial sign: ‘He said he didn’t ask for permission to install the TV because he thought the city wouldn’t allow it. “They’ve already condemned the [existing] sign for being in violation, so what am I supposed to do?” he told DNAinfo Wednesday.’

OH, HOLLYWOOD. Lord of the Flies movie being remade…with girls.

AMSTERDAM. Three arrested for vicious anti-gay hate crime in June: “The three are suspected of attempted murder or attempted manslaughter. The police expect to arrest a fourth suspect in the near future, ANP reports.”

MILEY CYRUS. I’m donating half a million to Hurricane Relief.

SUNBATHING PERCH OF THE DAY. Atop a wind turbine.