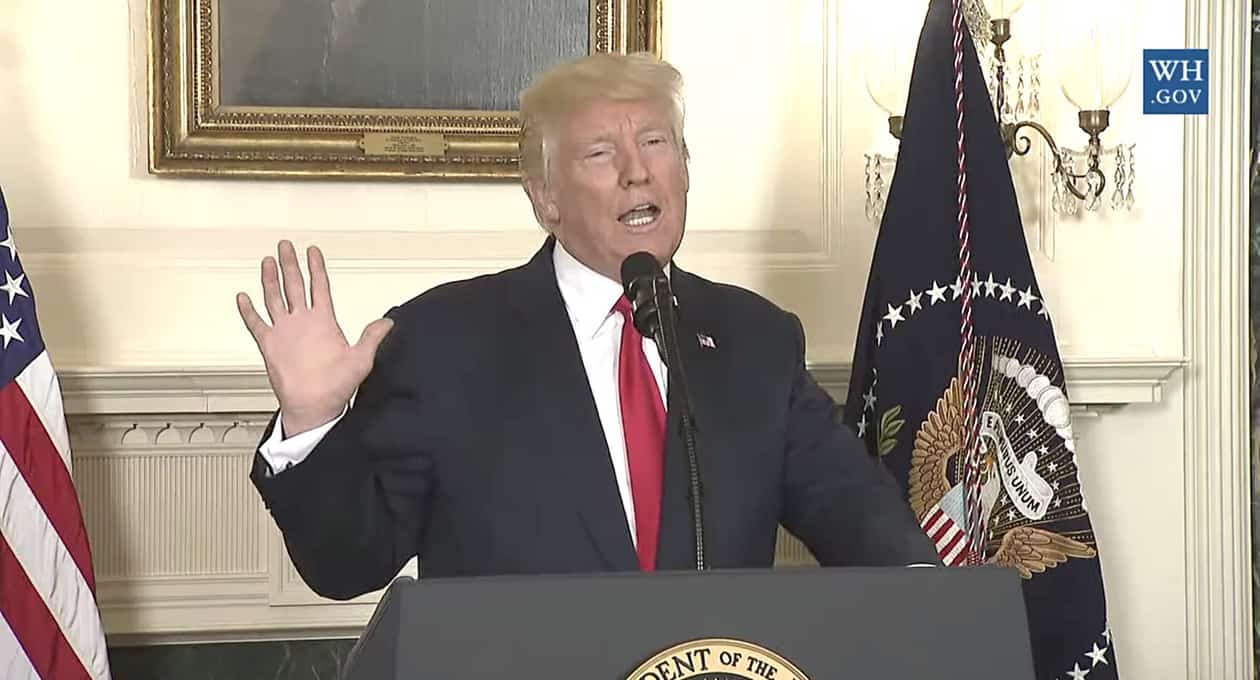 Donald Trump had an anti-hate statement similar to the one he read from a teleprompter on Monday ready to go on Saturday, but made a conscious decision not to read it, Politico reports:

Trump had a written statement on Saturday that was similar in tone and substance to the one he delivered on Monday, according to a senior White House adviser. But the president veered from those prepared remarks.

Political analysts said Trump’s drawn-out response was part of a double game — an effort to avoid alienating part of his base followed quickly by a pivot to tamp down the outrage.

“He feels he can keep his base happy by being mute for 48 hours, and then he can come in and mute the so-called mainstream media world,” said presidential historian Douglas Brinkley.

The White House’s response appears to have done just that. The president’s short speech on Monday earned bipartisan praise while leaving some of Saturday’s marchers still feeling a part of the Trump movement.