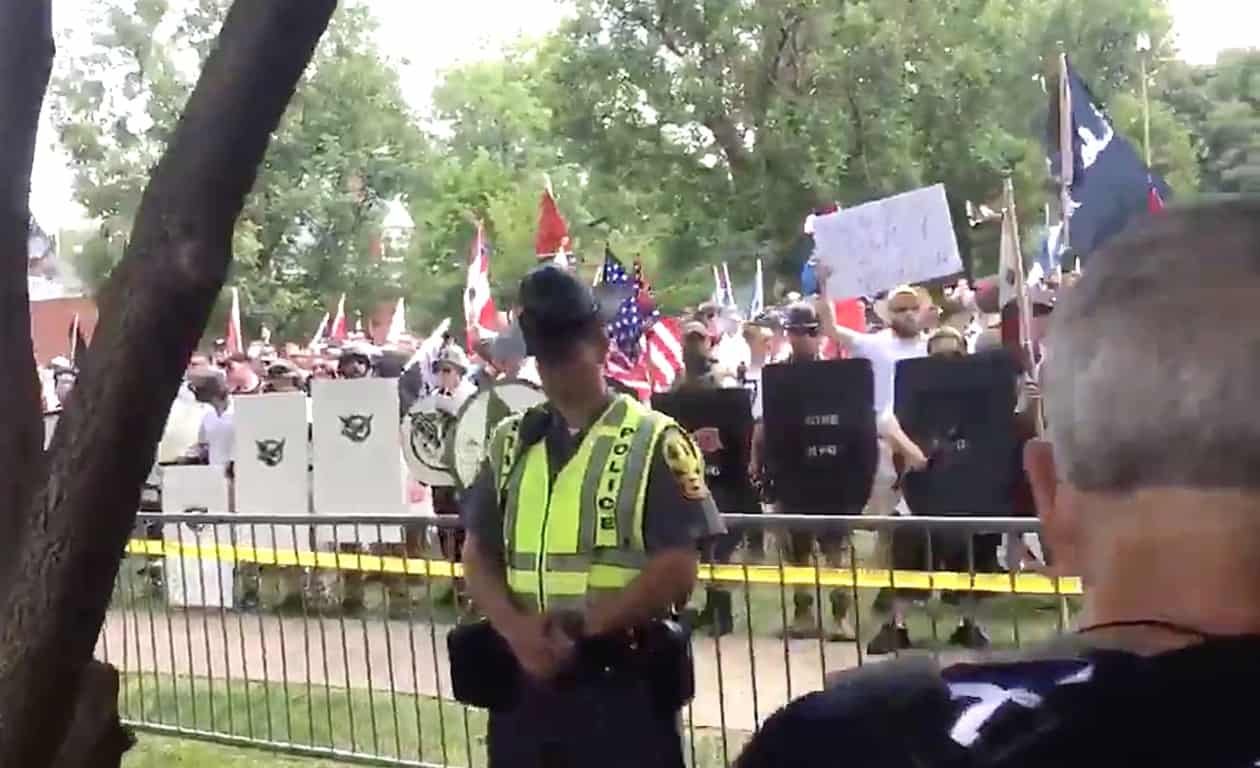 A protest centered around the removal of a Confederate statue turned violent on Saturday as racist, homophobic neo-Nazis, many supportive of Donald Trump, clashed with counterprotesters, the Washington Post reports:

Using megaphones, police declared an unlawful assembly at about 11:40 a.m., and gave a five-minute warning to leave Emancipation Park, where hundreds of neoNazis, Ku Klux Klans members and other white nationalists had gathered to protest the removal of a Confederate statue. They were met by equal numbers of counterprotesters, including clergy, Black Lives Matter activists and Princeton professor Cornel West.

But fighting broke out way before the noon rally, starting Friday night and then again Saturday morning.

Trump has so far refused to denounce the rally.

PREVIOUSLY: White Nationalist Extremists are Uniting This Weekend for Largest Hate Gathering in the U.S. in Decades

Here’s one ugly scene: the neo-Nazis chanting “f**k you faggots.”

You heard that right. They're chanting "Fuck you faggots." 2017. #Charlottesville pic.twitter.com/pMwbSXZ3wW

David Duke said that the hate rally “fulfills the promises of Donald Trump:”

UPDATE 2: A man has died after a car rammed into a street crowded with counter protesters.

Previous Post: « High School Removes Two Gay Students’ Quotes About Being Out of the Closet from the Yearbook: WATCH
Next Post: The Glass Castle: Weekend Movie Review »