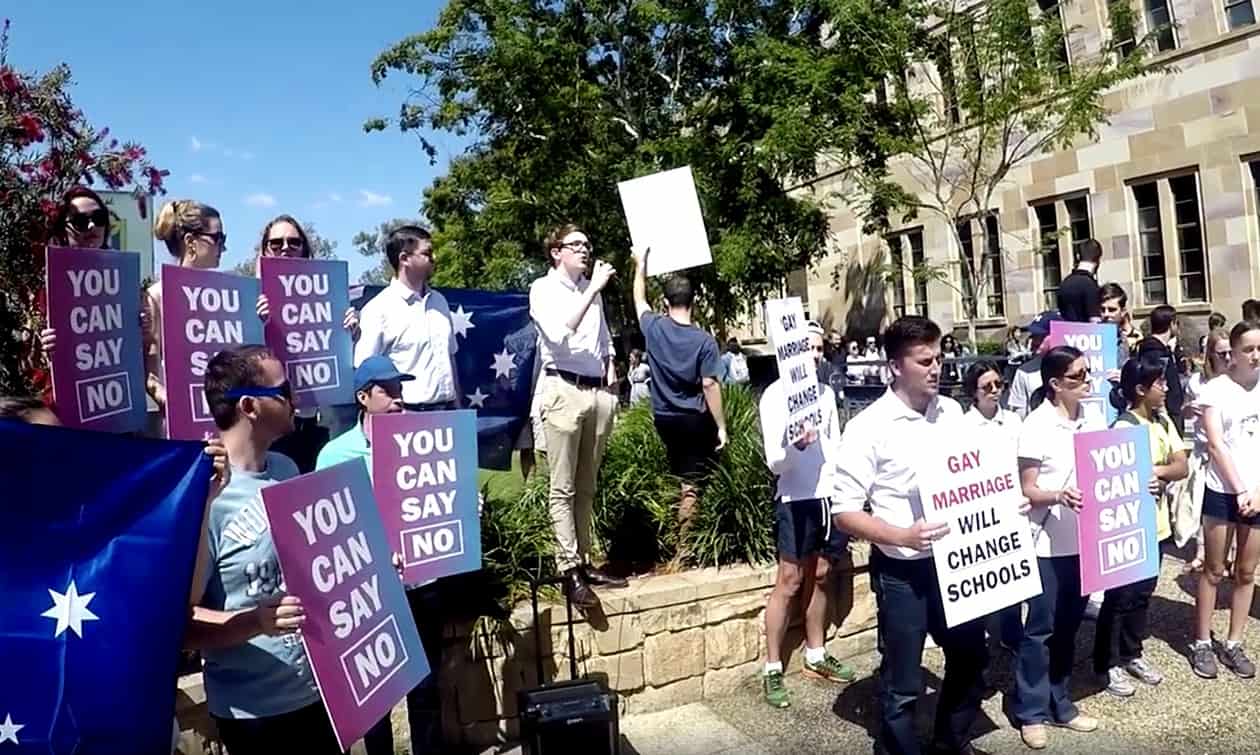 A gay student at Queensland University in Australia was jeered as he preached against same-sex marriage on the school’s campus this week. A postal vote is underway in the country over marriage equality.

“I support what marriage really is and I’m gay.  These people hate us. They call us Nazis, bigots and homophobes,” said the student, identified as Wilson, referring to the pro-equality crowd. “Where’s the real hatred here? They can’t call me a homophobe. The entire way they’re going about their debate is shouting us down…people who want to destroy everything that is good about Australia. They want to introduce radical gender ideology into schools.”

“We’re here today because we support marriage as it has always been – between one man and one woman. And I am here specifically because I’m a gay man. I’m a gay conservative who wants to see marriage the way it is. They want to drown us out, they want to drown me out, they want to speak for me. There are thousands of gay people in this country who are against same-sex marriage, who see the effects that it will have on the family, on schools, on politics, on churches.”

Previous Post: « ’13 Reasons Why’ Actor Brandon Flynn Comes Out in Message Urging Equality for Australia
Next Post: RuPaul Won’t Deny That Madonna is a Guest Judge on ‘Drag Race’ for Season 10: WATCH »