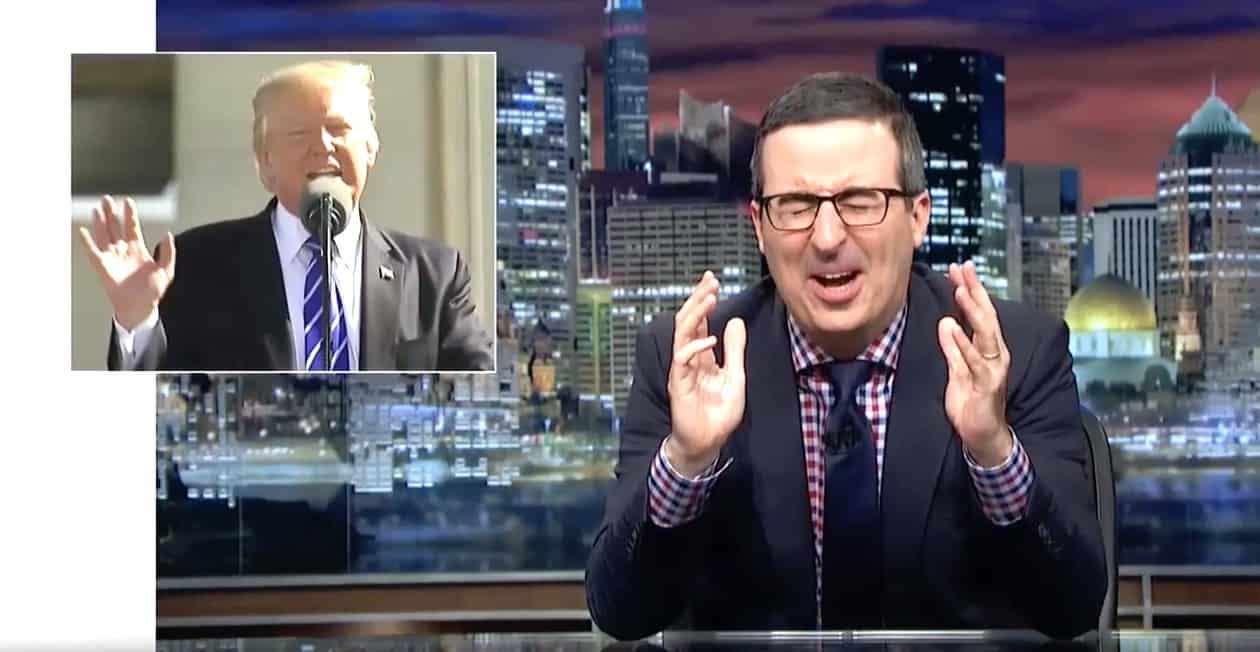 John Oliver returned from several weeks away on HBO’s Last Week Tonight and got caught up on all the stuff Trump’s been up to since he’s been away, including his deal with Democrats on the debt ceiling, and his creepy note to North Dakotans that Ivanka calls him “daddy.”

“His 35-year-old daughter calls him ‘Daddy’ and he likes it. That is just one of those facts that on some level I already knew I just never wanted to have confirmed. It’s like when someone AirBnbs your place they literally ejaculate on everything or, if I was there for the Manson murders, I probably would have stabbed someone. I’m not good with peer pressure.”

Oliver also commented on Trump’s decision to end the Deferred Admissions for Childhood Arrivals (DACA) immigration policy, and then his statement that he’d revisit the decision:

“He’s all over the place. Dreamers have to go. Or maybe they can come back. Or maybe they don’t have to go at all. And in the meantime, 800,000 people’s lives are in the balance….It is actually really ironic that he is taking such a hard line against Dreamers. Because this guy is clearly out of his f**king mind.”

He ran though Arpaio’s inhumane, even deadly, treatment of inmates at his jails — not even prisons — and his selective application of law enforcement. It wasn’t until more than 10 minutes into the 14-minute segment that Oliver even brought up the reason Arpaio needed Trump’s pardon: obstruction of justice stemming from racial profiling.

Unlike Trump’s stated rationale for pardoning Arpaio, “he was not ‘just doing his job,’ Oliver said. “He was also doing something illegal. You wouldn’t say that John Wayne Gacy was just doing his job, even though he was, by all accounts, a pretty good birthday clown.” The real problem with Trump’s pardon is that “Arpaio broke the rules he was sworn to uphold, rules that are put in place to protect citizens from a government going out of control,” Oliver said, and Trump thinks that’s a good thing.