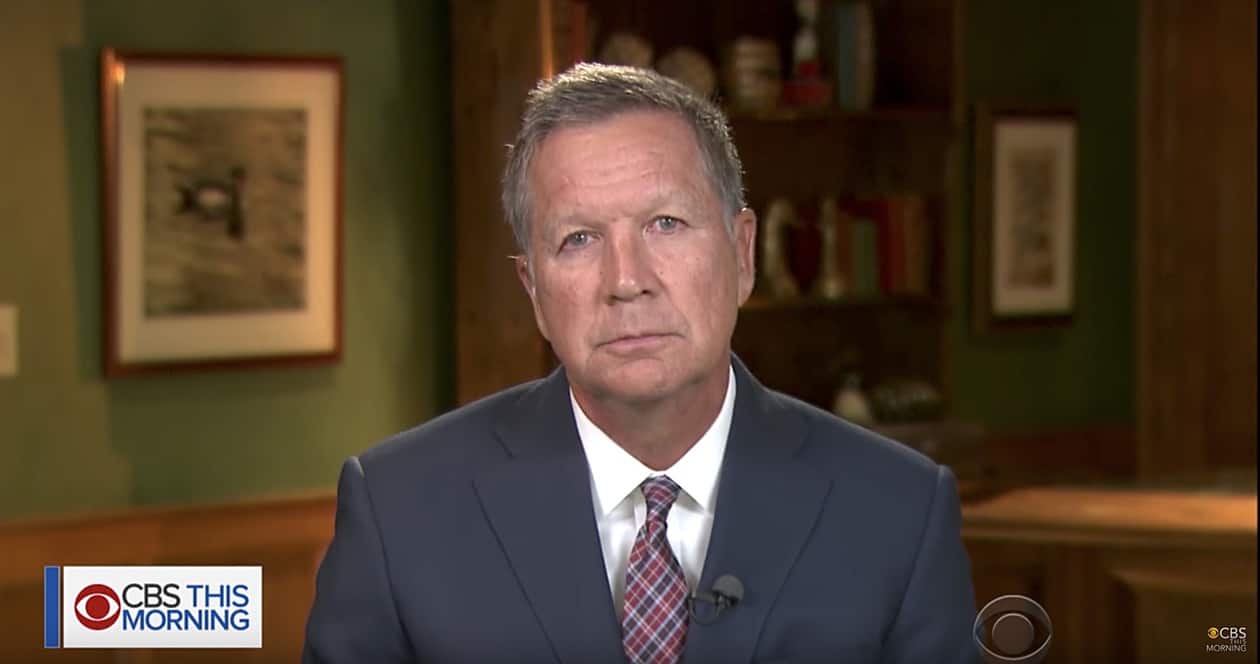 Ohio Governor John Kasich had a lot to say about Donald Trump’s cruel and inhumane decision to get rid of the DACA policy.

“Can you imagine that we’re taking kids who came here that had nothing do with the fact they were brought here. They’ve become a very significant part of our society. In fact, as we know, they have been in Houston. One person has been providing aid to the people that are in trouble. One of the DACA kids actually lost his life trying to help people. And now we put them in jeopardy. Imagine if you were one of them. If you were one of these young people striving to be a part of America and to make something of yourself and all of a sudden somebody tells you one day you may be deported to a country you know nothing about. We want them in America. So now Congress has six months. It should take six hours to get this done. The way I think they need to do it is to get reasonable Republicans and Democrats from the middle and build out a solution to this. And what’s the solution? The simple fact is they ought to be able to stay here, have permanent resident status, stay and continue to contribute and take this cloud from over their heads.”

Previous Post: « Gay-Porn-Star-Turned-German-Spy: I Planned Fake Terrorist Attack Because I Was Bored
Next Post: Jamaica’s ‘Face of Pride’ Dexter Pottinger Found Murdered in His Home »