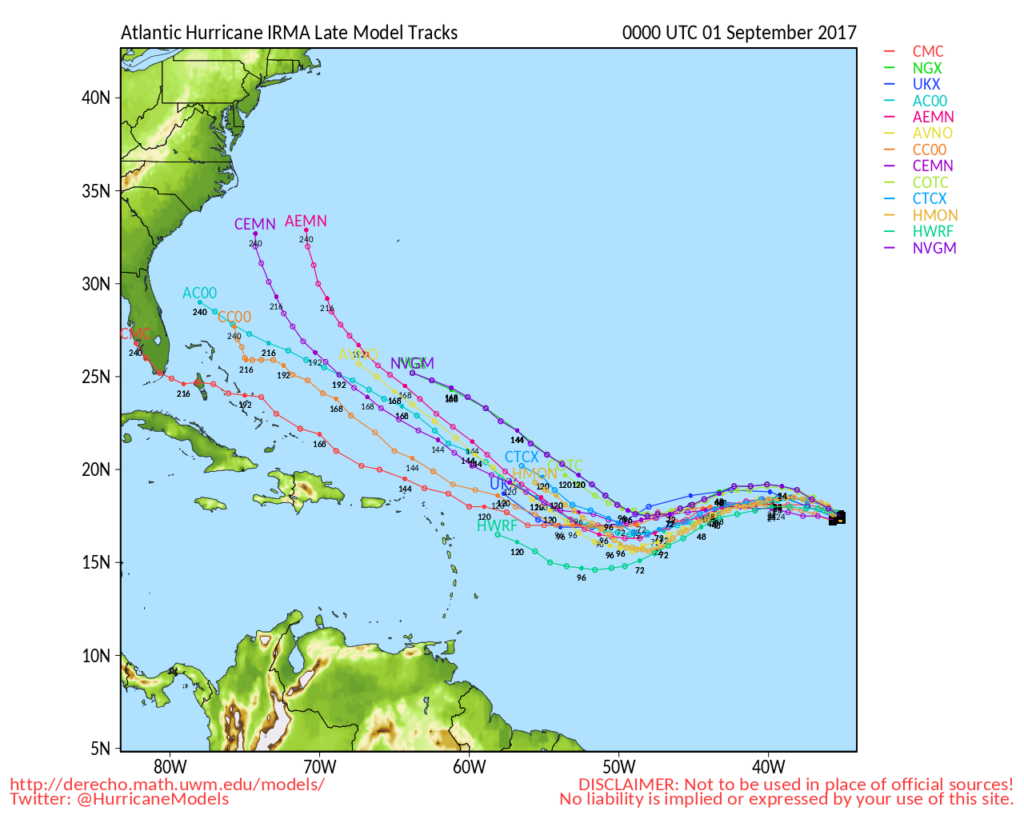 HURRICANE IRMA. New storm threatens continental U.S. “Irma is likely to become a major hurricane and could become a Category 4 well before it reaches the Lesser Anteilles.”

BUT HER EMAILS. Trump lashes out at James Comey again.

RUSSIA PROBE. Robert Mueller enlists the IRS: “According to sources familiar with his investigation into alleged Russian election interference, his probe has enlisted the help of agents from the IRS’ Criminal Investigations unit. This unit—known as CI—is one of the federal government’s most tight-knit, specialized, and secretive investigative entities. Its 2,500 agents focus exclusively on financial crime, including tax evasion and money laundering. A former colleague of Mueller’s said he always liked working with IRS’ special agents, especially when he was a U.S. Attorney.”

NOT JUST TEXAS. There’s deadly flooding in southeast Asia too.

ENGLAND. British gay man attacked while on holiday with family: ‘His mum, who has asked to remain anonymous but lives locally, said she and her husband had gone to buy ice-creams when the attack happened. She said: “I got a call saying, ‘can you come back I’ve been attacked?’ “We rushed back and I couldn’t believe what I saw. The man had struck my son 15 or 16 times with what we thought was a walking stick but CCTV has shown it to be a metal bar.’

SAM SMITH. Yes, new music is on the way.

You mean a bar?

PRINCESS FOR A DAY. Disneyland Paris apologizes for banning boy. ‘Noah, who is a super fan of Princess Elsa in the film “Frozen” was “buzzing with excitement” when he learned about the makeover opportunity at the Disneyland Hotel, the boy’s mother, Hayley McLean-Glass, wrote in an open letter on her blog. The hotel is located near the entrance of the park in the suburbs of Paris, France.’

HARMONY OF THE DAY. A dog singing to Whitney Houston.

COOKING TIP OF THE DAY. The trick to crispy hash browns.