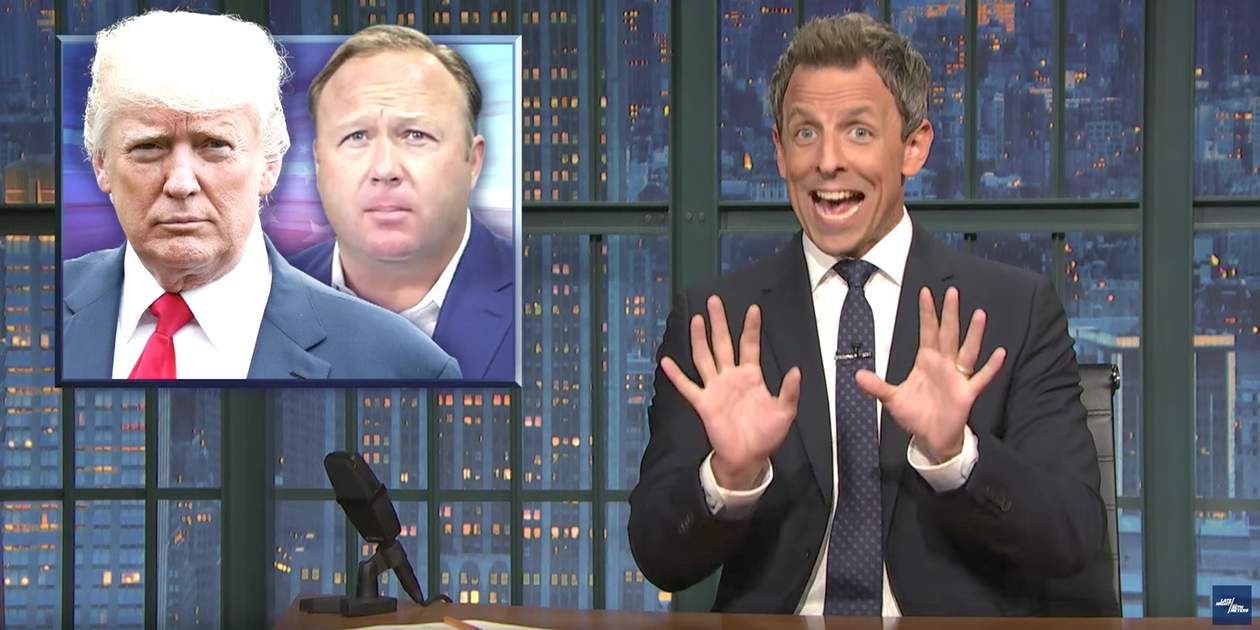 Seth Meyers last night took ‘A Closer Look’ at how Trump is trying to wrangle his domestic agenda as special counsel Robert Mueller continues to close in on his administration in the Russia probe.

“He looks like the police chief from every 1950s noir film. He looks like he should be holding a bullhorn and shouting, ‘You’re surrounded, McMurphy.’ This guy always looks like you just asked if you could take his daughter to a Slayer concert. He doesn’t even get haircuts, he just looks at his hair in the mirror and growls, ‘Get shorter.'”

Meyers also looked at the continuing debate over whether Kushner should be involved in the administration or not, despite the fact that Trump has assigned him to lead almost every important task:

Meyers then moved on to Trump’s attempts at tax reform, and Alex Jones’s claims that Trump is being slowly sedated with drugs that are being put in his Diet Cokes.

“That’s how bad things are now. The president’s allies are defending him by saying, ‘he’s not incompetent. he’s being secretly drugged.'”

Previous Post: « Nico Tortorella on His Open Relationship: ‘It’s Not So I Can Go F— Whoever I Want’ — WATCH
Next Post: Kid Rock Rants at Michigan Concert: ‘Why, These Days, is Everything So Gay?’ — WATCH »