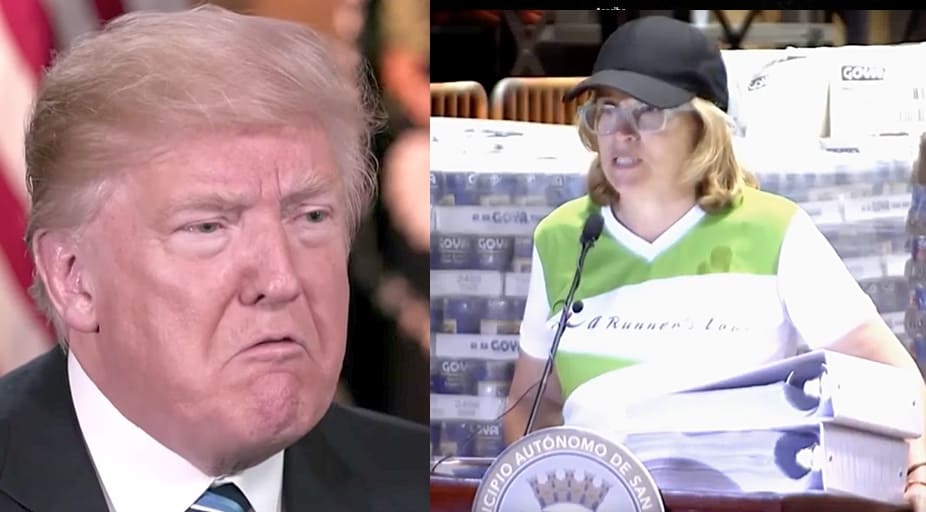 Donald Trump began his Saturday morning with a blazing attack on the mayor of San Juan, Puerto Rico, Carmen Yulin Cruz, after Cruz spent the day imploring and pressuring the U.S. government to aid the territory in the aftermath of Hurricane Maria.

RELATED: San Juan Mayor Explodes at Trump Official: ‘This is Not a Good News Story. This is a People are Dying Story’ — WATCH

“The Mayor of San Juan, who was very complimentary only a few days ago, has now been told by the Democrats that you must be nasty to Trump….Such poor leadership ability by the Mayor of San Juan, and others in Puerto Rico, who are not able to get their workers to help. They…….want everything to be done for them when it should be a community effort. 10,000 Federal workers now on Island doing a fantastic job…The military and first responders, despite no electric, roads, phones etc., have done an amazing job. Puerto Rico was totally destroyed.”

Of course, Cruz is two things that Trump reviles. She’s Latina and she’s a woman.

How dare she speak up at dear leader.

Cruz spoke up at a news conference yesterday, calling on Trump “to make sure somebody is in charge who is up to the task of saving lives….We are dying and you are killing us with the inefficiency.”

“Fake News CNN and NBC are going out of their way to disparage our great First Responders as a way to “get Trump.” Not fair to FR or effort!”

And finally, another racist swipe at the people of Puerto Rico: “I will be going to Puerto Rico on Tuesday with Melania. Will hopefully be able to stop at the U.S. Virgin Islands (people working hard).”

“The Fake News Networks are working overtime in Puerto Rico doing their best to take the spirit away from our soldiers and first R’s. Shame!”