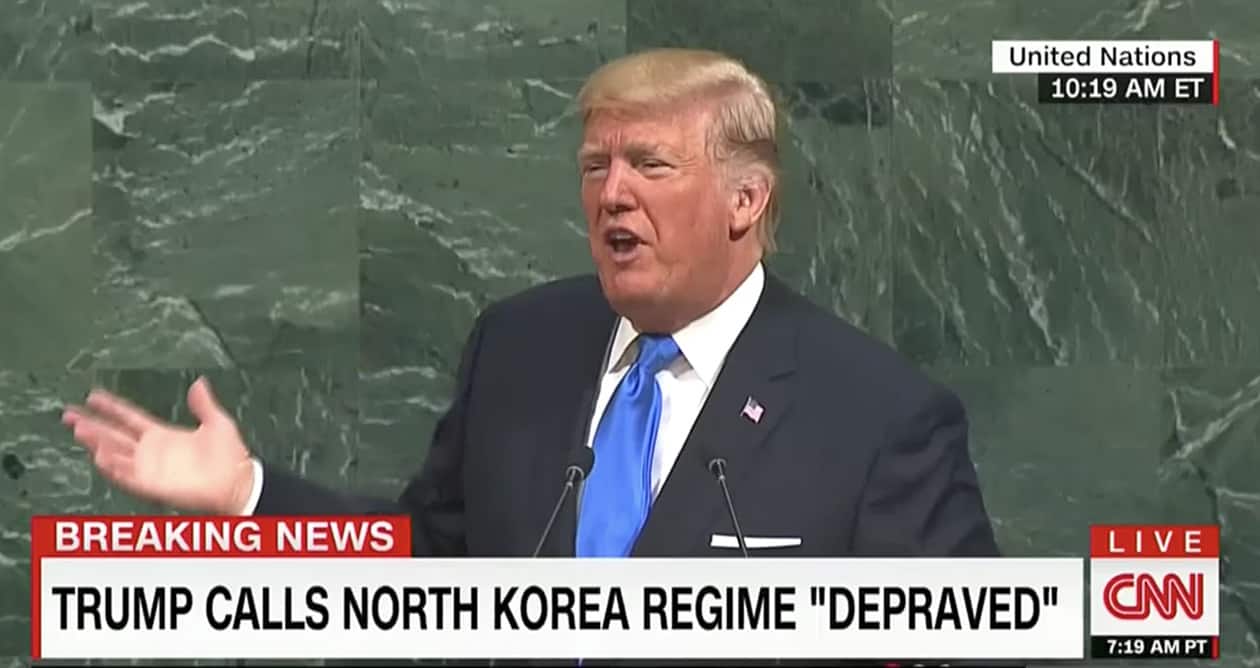 “The United States has great strength and patience, but if it is forced to defend itself or its allies, we will have no choice but to totally destroy North Korea. ‘Rocket Man’ is on a suicide mission for himself and for his regime.”