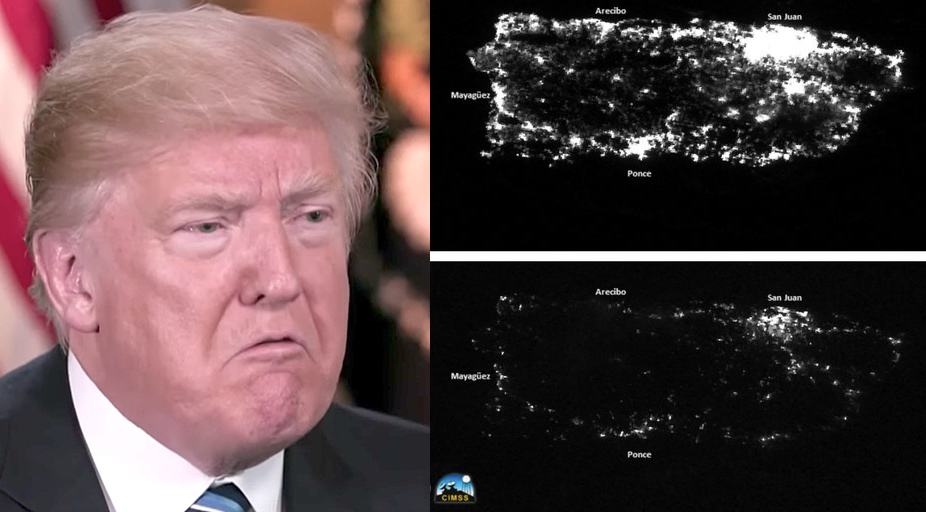 Puerto Rico is quickly becoming a humanitarian disaster but the only thing Donald Trump seems to care about is stirring up culture wars, intensifying his attacks on the NFL Tuesday morning.

“Texas & Florida are doing great but Puerto Rico, which was already suffering from broken infrastructure & massive debt, is in deep trouble…..owed to Wall Street and the banks which, sadly, must be dealt with. Food, water and medical are top priorities – and doing well. #FEMA”

Puerto Rico’s governor Ricardo A. Rosselló warned of a mass exodus from the territory to the mainland if help does not arrive.

Stressing that Puerto Rico, a United States territory, deserved the same treatment as hurricane-ravaged states, the governor urged Republican leaders and the federal government to move swiftly to send more money, supplies and relief workers. It was a plea echoed by Puerto Rico’s allies in Congress, who are pushing for quick movement on a new relief bill and a loosening of financial debt obligations for the island, which is still reeling from a corrosive economic crisis.

“Puerto Rico, which is part of the United States, can turn into a humanitarian crisis,” Governor Rosselló said. “To avoid that, recognize that we Puerto Ricans are American citizens; when we speak of a catastrophe, everyone must be treated equally.”

Celebrities have been using their voices on social media to try to get Trump and the public’s attention. Jennifer Lopez, Marc Anthony and playwright Lin-Manuel Miranda have been calling on the public and Trump to help.

Mr. President shut the fuck up about NFL. Do something about our people in need in #PuertoRico. We are American citizens too.

A lot is going on in the world. But we cannot, must not, forget our fellow Americans in Puerto Rico NEED aid. #PuertoRicoRelief @Lin_Manuel pic.twitter.com/Sq8ikBJ1pg