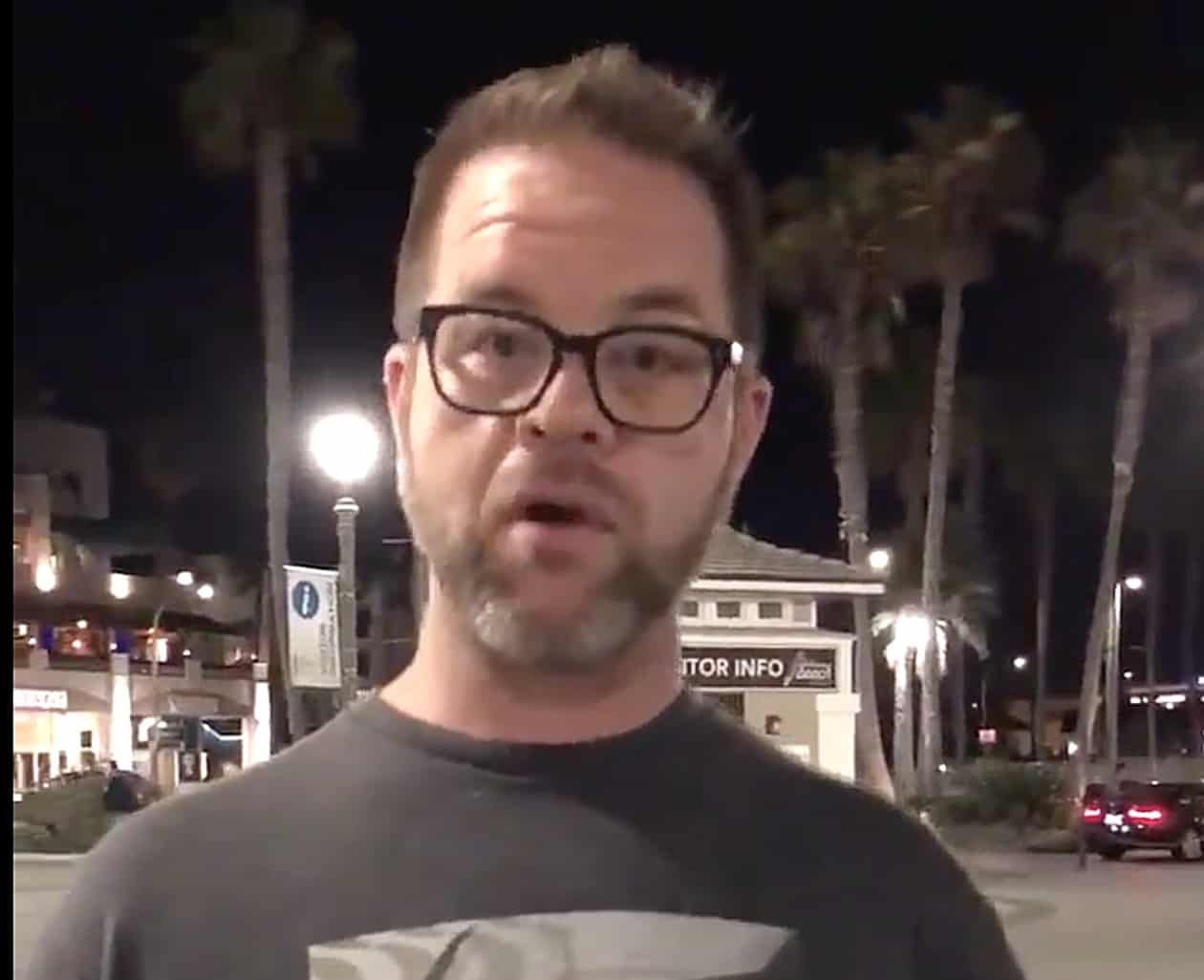 Jessica Lundquist and Tiffany Steinberg were celebrating the two-year anniversary of the time they met on Huntington Beach pier in Orange County, California when they were set upon by a Christian nutjob Trump supporter who followed them, called them “unnatural” and told them they are going to hell. He also wouldn’t leave them alone.

Miskulin also tells them they must have “issues with men” and says he can’t believe “they let you move” to Orange County.

There’s plenty more where that came from:

After Steinberg posted the video online the same night, the man was identified by angry web sleuths as Irvine resident Anthony Allan Miskulin, a 38-year-old Trump supporter who was interviewed by the Los Angeles Times last November (ironically in an article about Trump supporters speaking about how they aren’t ignorant) and OC Register for his denial of climate change. He is in fact not a lawyer but told the LA Times he works in corporate sales and voted for Trump after falling on hard times. Before he managed to make his profile private, posts revealed he’s your typical Conservative Christian nut with his timeline full of Infowars videos and check-ins to local churches.

The couple isn’t the first people he confronted either, as a now private video showed him questioning a man on the bus October 3, 2016 as the man attempted to hide his face from the camera. His behavior can be traced to several posts condemning homosexuality as a sin and a meme he shared July 9, 2017 of a man pointing to himself with the caption “guess who’s going to preach the word of god whether you like it or not or get offended.”

Lundquist and Steinberg have a YouTube channel called Tiff & Jess where they spoke at length about the outrageous incident.

Previous Post: « Fallen Soldier’s Mother Confirms That Trump Said He ‘Knew What He Signed Up for’
Next Post: Under Proposed HB2 Settlement, NC Transgender People Will Be Able to Use Bathroom of Their Choice »