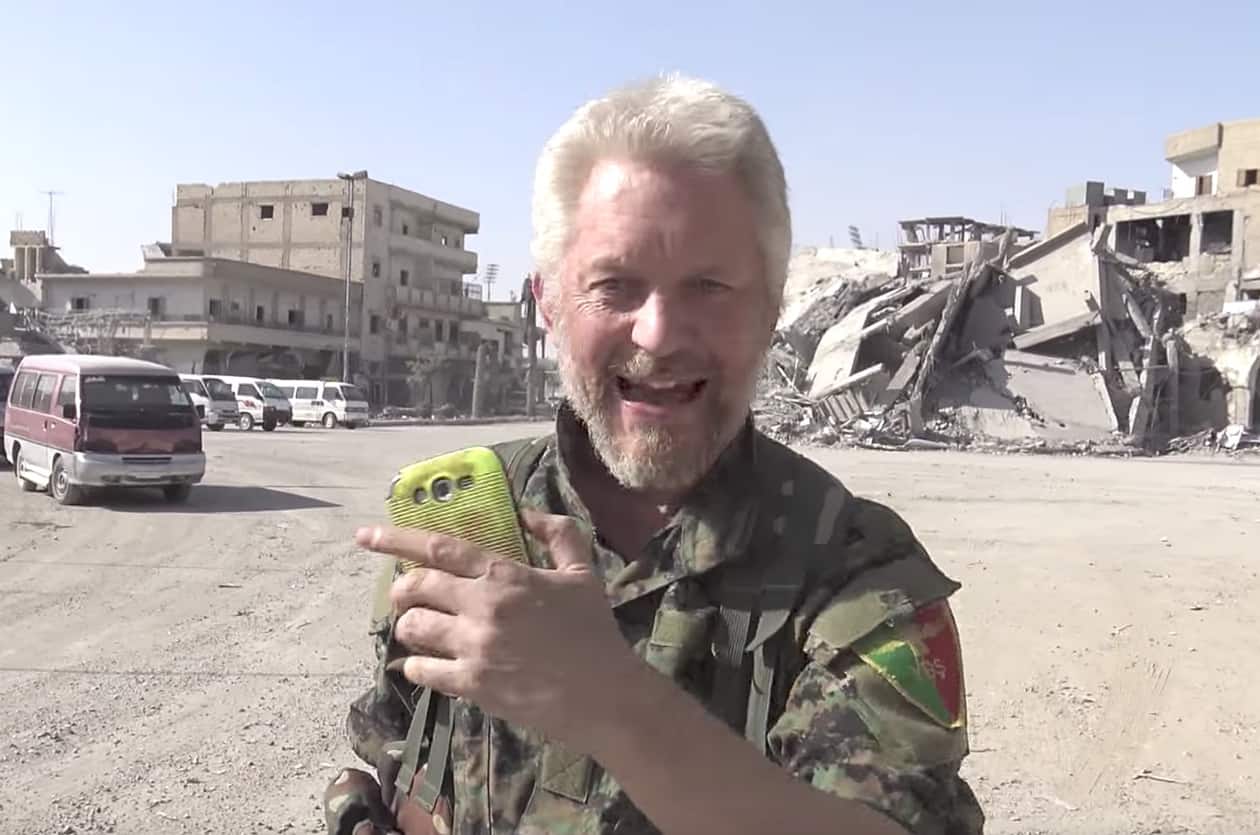 A British YPG fighter from Manchester, UK, gave Ariana Grande her “first concert” in the liberated Syrian city of Raqqa by playing the track “Bang Bang” in defiance of ISIS.

23 people were killed and 250 were injured in the Islamist-extremism-inspired terror attack in Manchester in May 2017.

The soldier points out landmarks in the town’s main square, the fence where ISIS executed people, and a music shop where they burned western music “because they didn’t want their voices, they didn’t want singing.”