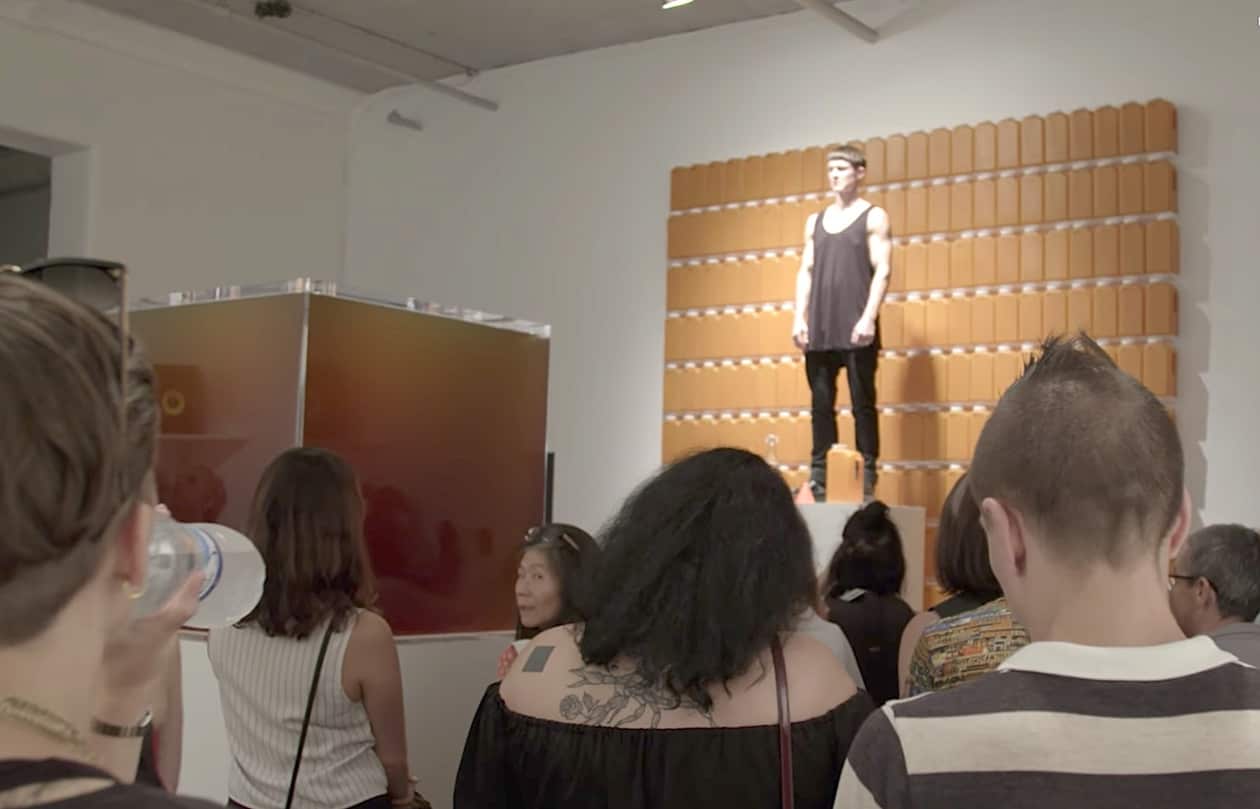 Transgender performance artist Cassils collected 200 gallons of their own urine over 200 days for an exhibit in New York City, protesting policies put in place by Donald Trump which rescinded an Obama-era directive to schools on trans student bathroom use.

Cassils “decided to make a statement with a durational act: as if to hold their piss,” writes VICE.

The process, which was at times awkward, was also precarious. After a couple of days the urine becomes a biohazard, so Cassils had to develop a plan to store the urine across multiple locations in Los Angeles in hopes that they could preserve it safely and ship it across country to New York.

There are many components to Cassils artist statement, one of them was the pseudoscience of alchemy:

“How do we take the seeds of things that we believe that are possible and beautiful about this culture reenact them in a time where they really feel like they’re slipping through the cracks? When we think of the idea of alchemy of turning what you have into gold on some level this is a way of looking at the dire political situation we’re in right now. And thinking about the possibility for transformation not just in terms of transformation as a trans person, but how do we take this dire situation we’ve been dealt and how do we turn it into something of worth again?”