BEN SASSE. Nebraska Republican calls out Trump: “Mr. President: Are you recanting of the Oath you took on Jan. 20 to preserve, protect, and defend the 1st Amendment?” Gets flak from Sean Hannity.

Mr. President:
Are you recanting of the Oath you took on Jan. 20 to preserve, protect, and defend the 1st Amendment? pic.twitter.com/XLB7QXM3bQ

UNESCO. U.S. to pull out: “The U.S. stopped funding UNESCO after the agency voted to include the Palestinian Authority as a member in 2011, but the State Department has maintained a UNESCO office at the agency’s Paris headquarters and sought to weigh in on policy behind the scenes. The withdrawal was confirmed Thursday by U.S. officials speaking on condition of anonymity because they weren’t authorized to be publicly named discussing the decision. It comes as UNESCO is voting to choose a new director.” 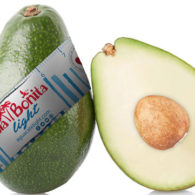 OPHELIA. 10th named hurricane matches Atlantic 124-year-old record: “Ophelia, far out in the Atlantic, does not pose a threat to the United States, though it may affect Ireland. But it puts this year in the history books by at least one measure. The last time 10 consecutive Atlantic storms became hurricanes was in 1893 — and because tracking technology was far more primitive then, meteorologists say, some weak tropical storms or tropical depressions may have gone undetected within that streak.”

FOIA request for emails in which TILLERSON referred to TRUMP as a "MORON," "IMBECILE," or invoked the 25th amendment https://t.co/yCg85FOUtz pic.twitter.com/oMbwmD4G1d

PENIS PSA OF THE DAY. Samantha Bee has some thoughts for men in power.

CARPOOL KARAOKE. Miley Cyrus gets in the car with James Corden.