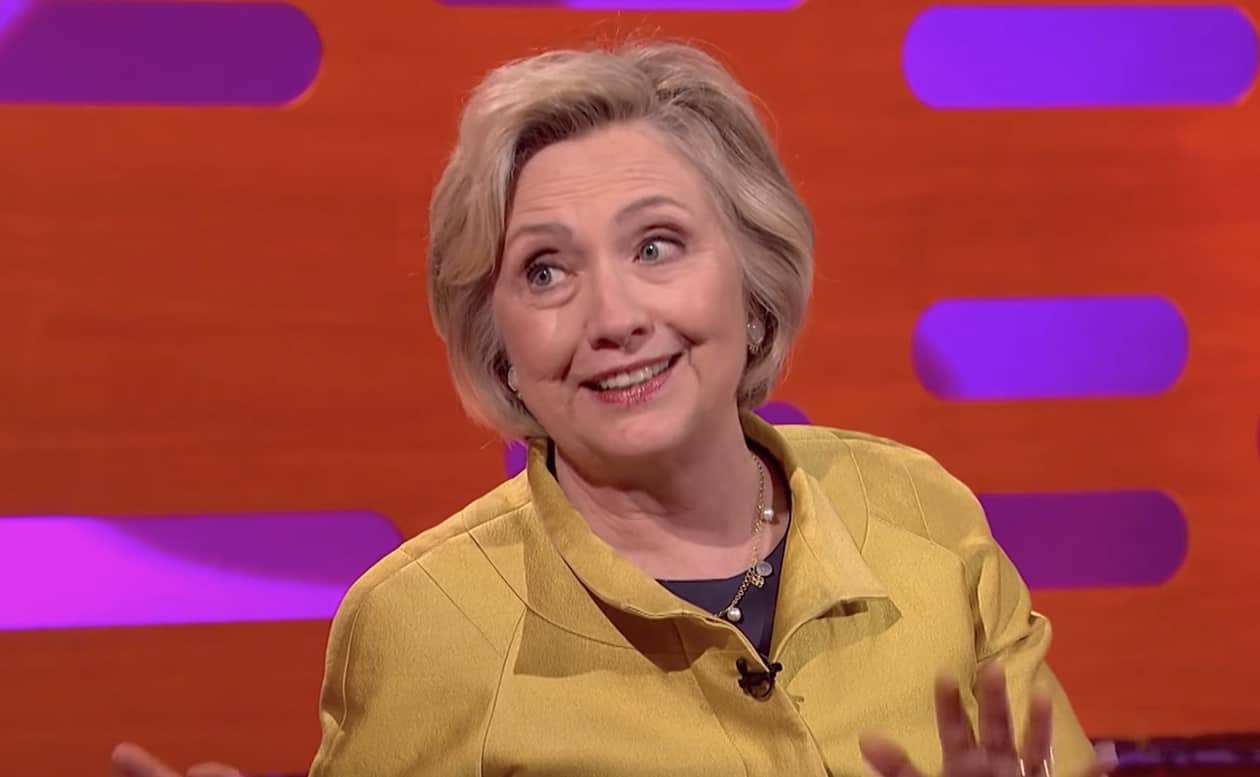 Hillary Clinton sat down with UK talk show host Graham Norton last night and talked about a variety of things, one of which was her duty as former First Lady, to attend Trump’s inauguration, a duty she tried her best to avoid.

She also described what it was like standing next to George W. Bush, who summed up the event thusly: “That was some weird sh*t.”

Clinton arrived at Norton’s show in a boot with a fractured toe after her heel got caught on a stair.

“Do you feel jinxed?”, Norton asked.

And then they talked about Trump’s tweets:

They also talked about Clinton’s book, her walks in the woods following the election loss, the debates, and her mission.

Previous Post: « Georgia GOP Lawmaker Suggests People with HIV Be Quarantined: ‘In the Past, They Died More Readily’
Next Post: World’s Oldest Living Land Creature Discovered to be Gay »