WASHINGTON BLADE. We’re getting frozen out of White House press briefings. “Many times during the briefings, I see Sanders look directly at me as I raise my hand for a question, but she nonetheless skips me for another reporter, usually from a conservative, Trump-friendly outlet like Breitbart or Newsmax.” 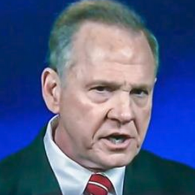 ROY MOORE. SCOTUS gay marriage ruling worse than court’s 1857 ruling that upheld slavery: “In 1857 the United States Supreme Court did rule that black people were property. Of course that contradicted the Constitution, and it took a civil war to overturn it. But this ruling in Obergefell is even worse in a sense because it forces not only people to recognize marriage other than the institution ordained of God and recognized by nearly every state in the union, it says that you now must do away with the definition of marriage and make it between two persons of the same gender or leading on, as one of the dissenting justices said, to polygamy, to multi-partner marriages.”

UNFIT TO SERVE. Washington Post editorial rips Roy Moore: “It is cliche to say that Mr. Moore’s strange rise has been fueled by anti-Washington anger. Yet electing Mr. Moore would be a sure way to worsen Washington’s problems. His unapologetic extremism would pour gasoline on the already raging fire of partisanship and dysfunction.”

MARK WAHLBERG. I pray that God forgives me for Boogie Nights: “I just always hope that God is a movie fan and also forgiving, because I’ve made some poor choices in my past.”

NEWT GINGRICH. Donald Trump would “knock down” Rep. Maxine Waters if the two were in a boxing match. “First of all, let me just say — you’d never get it to happen, but the idea of a round between her and Donald Trump is pretty interesting.”

KID ROCK. “Of course I’m not running for Senate.”

STEVE BANNON. Milo Yiannopoulos is “dead to me.” 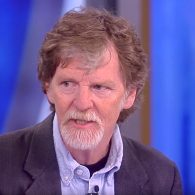 MASTERPIECE CAKESHOP. Gay couple in SCOTUS anti-gay baker case file first brief arguing their case: “Whether wedding cakes are artistic expression is not the issue here,” the couple’s lawyers wrote in a brief filed Monday. “The question, rather, is whether the Constitution grants businesses open to the public the right to violate laws against discrimination in the commercial marketplace if the business happens to sell an artistic product. Under this Court’s precedent, the answer to that question is no.”

MINNEAPOLIS. Push to reopen gay bathhouses: “About 50 people gathered at Lush bar Monday night to hear OutFront Minnesota and the Red Door Clinic make the case for reexamining Minneapolis’ ban on bathhouses, the predominant hookup scene for gay men prior to the 1980s AIDS epidemic. Audience members made it clear that congregate sex is thriving in Minneapolis and St. Paul as innovative medications like PrEP, a once-a-day pill that virtually eliminates the risk of transmitting HIV, are freeing people to live full sexual lives without fear of contagion. Now they’re hoping for a centralized, sanitary, controlled place for everyone to go, where shame-free testing is offered on a regular basis.”

SELFIE FAIL OF THE DAY. This guy.