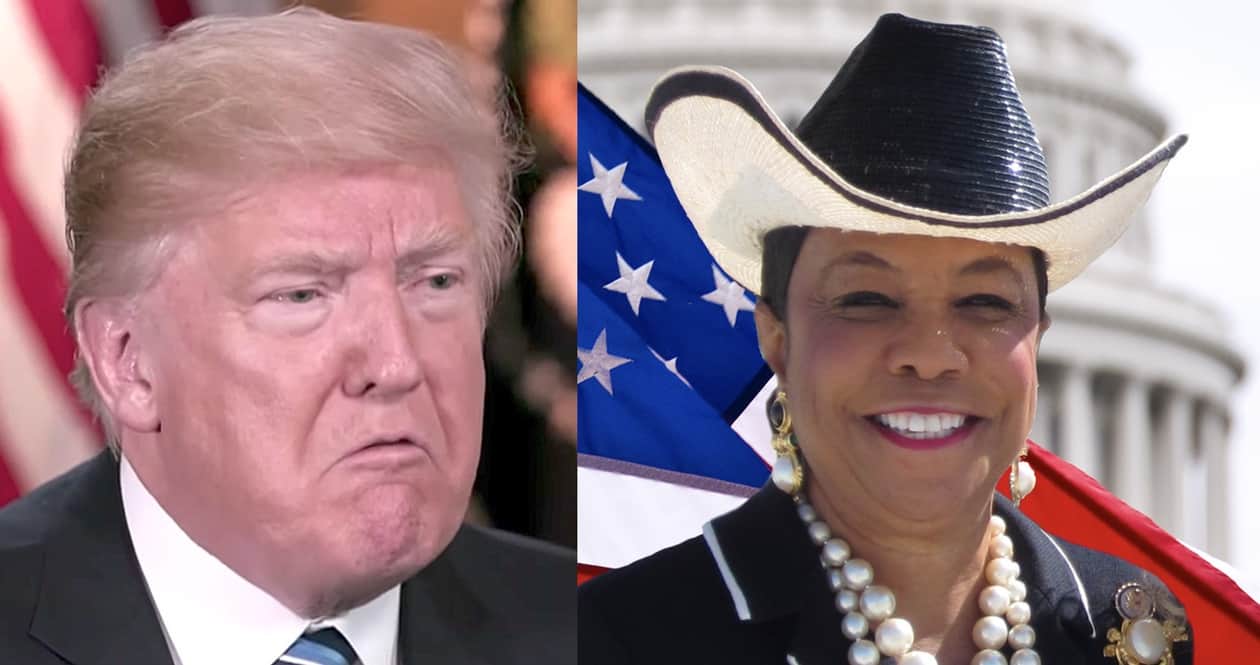 Donald Trump told the widow of a fallen soldier that her husband “knew what he was signing up for” according to a congresswoman who was accompanying the widow as she awaited the body of Sgt. La David Johnson. Johnson was one of four soldiers killed in an ambush by ISIS-affiliated militants.

President Donald Trump spoke to his wife, Myeshia Johnson for about five minutes. U.S. Rep. Frederica Wilson, D-Florida, said Trump told the distraught widow Johnson “knew what he was signing up for…but when it happens, it hurts anyway.”

Johnson’s family — including his 2-year-old son and 6-year-old daughter — were at Miami International Airport waiting for the Delta Airlines flight that was bringing the casket with his remains. The Miami-Dade Fire Rescue Department welcomed him with a water salute.

Trump attacked back on Wednesday morning, claiming he had “proof” that he didn’t say that to the soldier’s widow.

Wilson appeared on CNN this morning to refute Trump’s claim.

Said Wilson: “This man is a sick man. He’s cold hearted, and he feels no pity or sympathy for anyone. This is a grieving widow. A grieving widow, who is 6 months pregnant. When she actually hung up the phone, she looked at me and said ‘he didn’t even know his name.’ Now that’s the worst part…I’m not trying to prove anything with the president. So the president evidently is lying. Because what I said is true. I have no reason to lie on the president of the United States. With a dead soldier in my community. I have no time. I have no motive.”

There is a probe into the attack underway, TIME reports:

The soldiers, part of a 12-strong Special Forces team led by Green Berets, were on their back from a meeting with local community leaders when they were ambushed by a group of 50 ISIS-affiliated fighters armed with machine guns and rocket propelled grenades, according to CNN. The soldiers were reportedly only armed with rifles and their vehicles were not armored. The attack lasted 30 minutes until French air support dispersed the militants and helicopters evacuated American forces.

The four soldiers killed in the shootout— Staff Sgt. Bryan Black, Staff Sgt. Jeremiah Johnson, and Staff Sgt. Dustin Wright, and Sgt. La David Johnson — were the first American soldiers killed by hostile fire since the U.S. began providing training and assistance to local military forces, the New York Timesreported. Another soldiers two injured in the attack and were taken to Niamey, the capital, about 124 miles away.