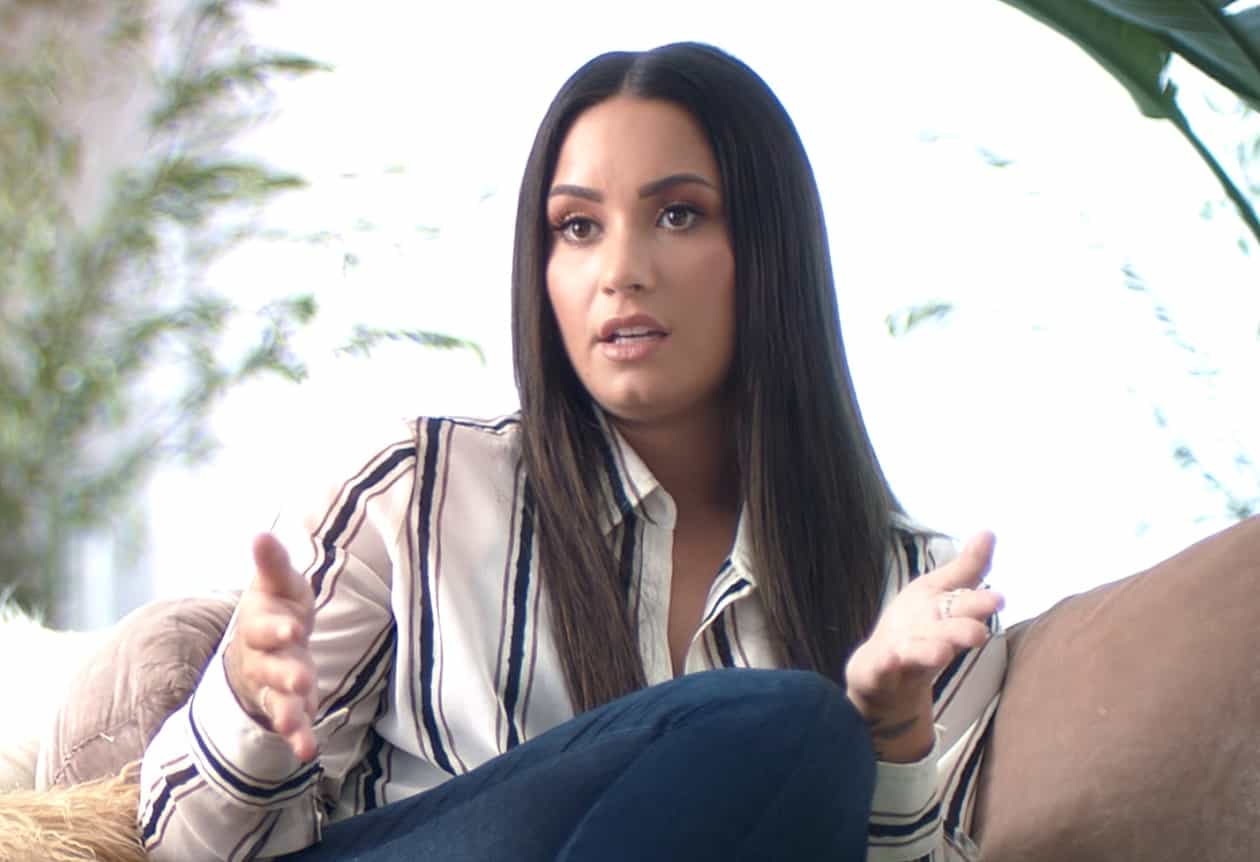 Demi Lovato, who has told fans to “watch her documentary” for news about her sexual orientation, released that documentary in full on YouTube last night. Lovato had suggested she would like to come out on her own time, rather than have it be a soundbite in an interview.

The documentary, Simply Complicated, which you can watch in full below, reveals that she’s interested in both men and women, and possibly those who don’t identify as either.

Says Lovato in the doc: “I am on a dating app with both guys and girls. I am open to human connection, so whether that’s through a male or a female, it doesn’t matter to me.”

Other things we find out: She uses the gym to fight her addictions and clear her mind; she was bullied ruthlessly in school; she has an eating disorder and has body image issues; Wilmer Valderrama was her true love; while a judge on X Factor she lives in a sober apartment with no phone and is committed to recovery; she binge drank the night before an American Idol performance and threw up in the car on the way to the airport; she has bipolar disorder; she once punched a backup dancer who snitched about her partying in the face on a tour plane; Nick Jonas thought he could save her from herself; she considered suicide when she was very young, and she started using cocaine at the age of 17.

Lovato has spoken out numerous times in support of the LGBT community over the past few years.

Demi Lovato made a statement in support of the transgender community in May 2016 during a performance of “Cool for the Summer” at the Billboard Music Awards. Her sparkly mesh top was emblazoned with the familiar symbol signifying gender neutral facilities.

Lovato and her tourmate Nick Jonas canceled their concerts in North Carolina as a sign of opposition to anti-LGBT HB 2, which forces trans people to use the bathroom corresponding to their biological sex at birth.

She and Jonas also surprised Pulse nightclub staff with free tickets to their show following the horrific massacre.

Lovato has proven herself a consistent ally to the LGBT community over the course of her career. She released videos in support of marriage equality in July 2014. Said Lovato in the video:

“I believe that love comes in all different shapes, sizes and colors. So whether you’re LGBT or straight, your love is valid, beautiful and an incredible gift. So let’s protect love and strengthen the institution of marriage by allowing loving, caring and committed same-sex couples to legally marry.”

She also revealed her late grandfather was gay at a Logo Trailblazers event in June 2014:

“I’ve never spoken about this before, but my grandfather himself was a trailblazer. He was brave enough to come out in the 1960s, and I feel a lot of my spirit has come from him,” she said. “He passed away a few years later and I only wish he could have been able to see all the progress that has been made.”

Last September she explained to UK talk show host Alan Carrthat “Cool for the Summer” was about experimenting with the same-sex, suggesting to Carr that she might be bisexual herself.

Previous Post: « Trump Says He Has ‘Proof’ He Didn’t Tell Fallen Soldier’s Widow ‘He Knew What He Was Signing Up For’ – WATCH
Next Post: Flyers Encouraging LGBT Kids to Commit Suicide Posted at Cleveland State University On Day it Opens LGBT Center »