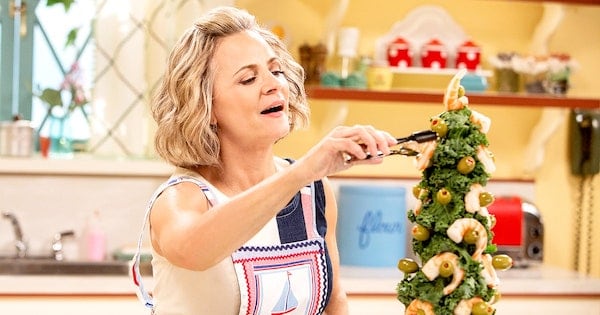 All hail the kitschy kween herself, Amy Sedaris. The beloved comedian and star of Strangers with Candy is back on the tube with a new series, At Home With Amy Sedaris, Tuesday at 10:30 p.m. Eastern on TruTV. Joining Sedaris in her warped take on Martha Stewart Living are faves like Jane Krakowski and the brilliant Cole Escola.

Don’t leggo those Eggos just yet, because Eleven and the kids are back on Stranger Things Friday on Netflix.

Save a fortune on tickets by having a night at the theatre, at home. Don’t miss a special presentation of the Tony-nominated musical, Falsettos, starrring Andrew Rannells and Christian Borle, Friday at 9 p.m. on PBS.