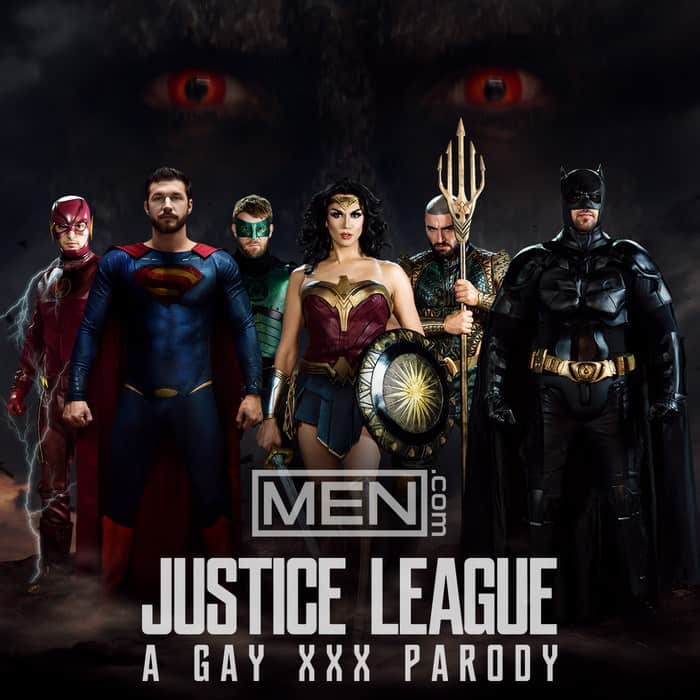 The film, shot on location in Barcelona, features Brandon Cody as Superman, Ryan Bones as Batman, Manuel Skye as Bruce Wayne’s butler Alfred, Francois Sagat as Aquaman, Johnny Rapid as The Flash, and if his political views haven’t killed your boner yet, Colby Keller as Green Lantern. But the breakout comedy star here is RuPaul’s Drag Race alum Manila Luzon as Wonder Woman. There is also a Davey Wavey cameo.

And where’s Cyborg? Men.com is being blasted on YouTube for its lack of black actors in their films and the omission here is notable.

View the work-friendly trailer below: