WHERE IS YOUR LEADERSHIP? Chuck Schumer fires back at Trump on Senate floor: “President Trump where is your leadership? The contrast between President Bush’s actions after 9/11 and President Trump’s actions this morning could not be starker.” 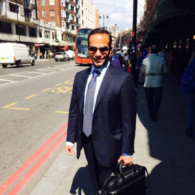 GEORGE PAPADOPOULOS. Plea reveals more evidence that Jeff Sessions lied under oath: ‘According to numerous reports and former campaign adviser George Papadopoulos’ guilty plea for making false statements to the FBI, Sessions and Trump participated in a March 2016 conversation about whether Trump should meet with Putin — a meeting in which Papadopoulos made clear he could arrange a Trump-Putin rendezvous because of his “connections.” 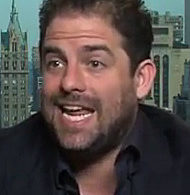 CASEY AFFLECK. Barred from Oscars over sexual harassment? “Now there is a petition circulating — with around 6,000 signatures as of writing — asking the Academy of Motion Picture Arts and Sciences (AMPAS) not to invite Affleck back to 2018’s Oscars, which will be held on March 4. And the voices on Twitter are even louder.”

BACKWARDS SONG OF THE DAY. “Gone Been U Since”.

FAKE APPLE STORE OF THE DAY. This NYC subway station.

TRAILER OF THE DAY. I, Tonya.