You are here: Home / SNL’s Michael Che Rips Trump Over Indictments: ‘Answer Our Questions Like the Public Servant You Are’ – WATCH

SNL’s Weekend Update’s opening salvo was the Paul Manafort indictment and Michael Che had a few words for Donald Trump.

“I’m tired of watching the president of the United States have an emotional breakdown on Twitter like he’s Tyrese. If you want to live-Tweet ‘Morning Joe’ or ‘Cupcake Wars’ or whatever you watch, fine, but indictments are important and you work for us. So go put on your baggy suit, fold your hair nice, and answer all of our questions face-to-face like the public servant that you are.”

Also there to comment were Alex Moffat and Mikey Day as  Eric Trump and Donald Trump Jr., respectively.

The segment also covered the terror attack in Manhattan and Trump’s threat to get rid of the diversity immigration visa lottery:

“Obviously, this attack was awful, but I’m not sure we want to get rid of an entire immigration program based on the actions of one deranged individual. I mean, we don’t look at Trump and say, ‘we should get rid of all presidents.'” 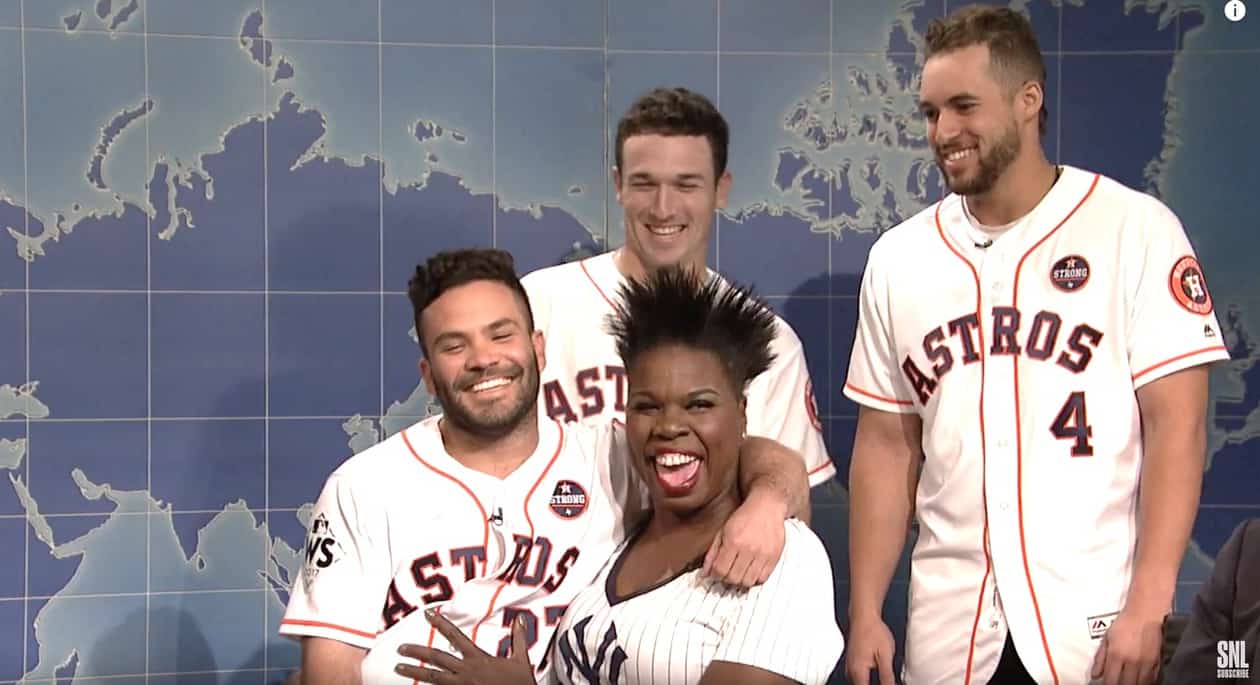 Watch part one, above.

Previous Post: « Ed Flanagan Dies at 66, Was First Openly Gay Lawmaker in U.S. Elected to Statewide Office
Next Post: Robert Mueller May Be Indicting Michael Flynn and His Son Next »