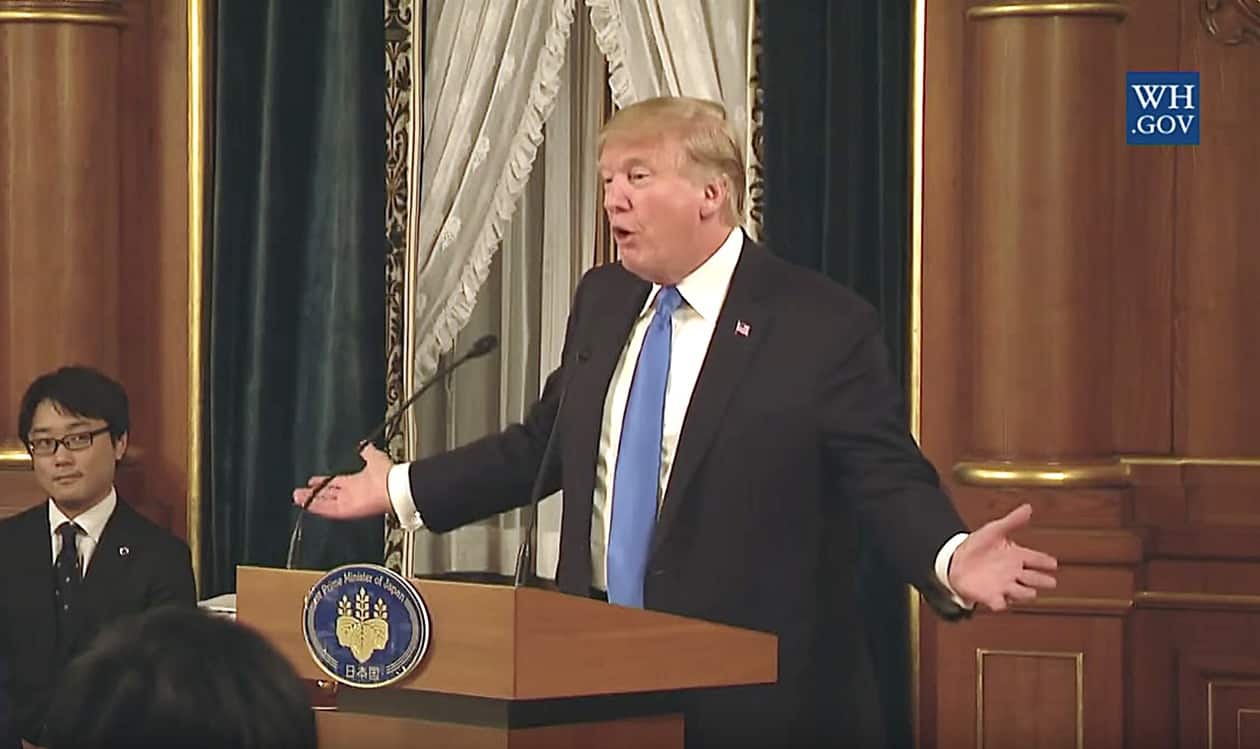 He was asked about the rough start to their relationship and revealed that his knowledge of world geography was limited when he was elected:

“So my relationship with Shinzo got off to quite a rocky start because I never ran for office, and here I am. But I never ran, so I wasn’t very experienced. And after I had won, everybody was calling me from all over the world. I never knew we had so many countries.”

“So I was now president-elect but I didn’t know you were supposed to not see world leaders until after you were in office…it was considered bad form. It was not a nice thing to do and I understand that from the standpoint of the president whose place you were taking.”

“So you cam only take so many calls from world leaders because everybody was calling. But Japan you take. And some others. We took Germany, We took Russia. We took China. We took your prime minister.”