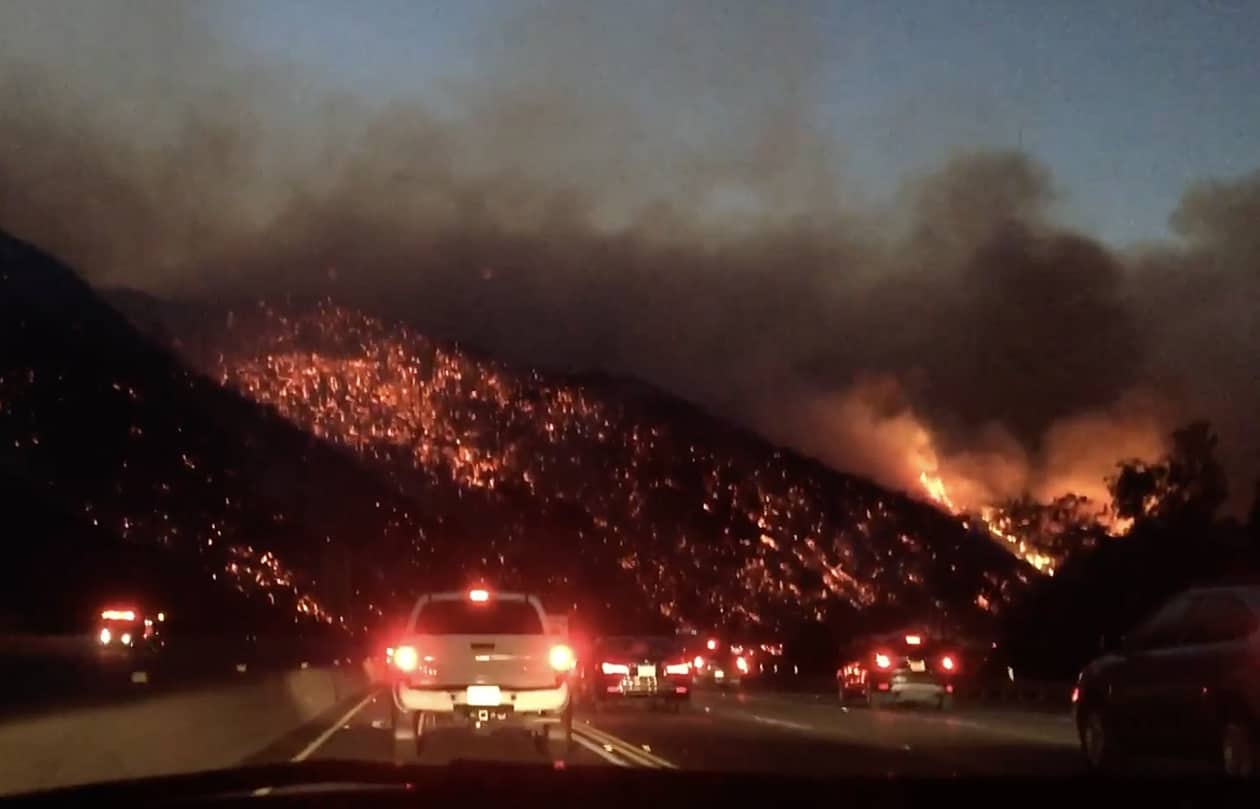 A new wildfire in Los Angeles near the Getty Museum has prompted officials to shut down the 405 freeway completely and evacuate areas of Bel Air in which homes are already burning.

The L.A. Times reports: “The fire was estimated to cover some 50 acres by 6:20 a.m., but Los Angeles fire officials said it was being fueled by 25 mph winds and would likely grow even more.  News videos show multiple homes are burning. The Los Angeles Police Department has ordered the evacuation of homes along Casiano Road, Moraga Drive and Linda Flora Drive. Residents of Mandeville Canyon and Sullivan Canyon should be prepared for evacuation the department said.”

Meanwhile, wildfires continue to ravage Ventura County: “The blaze has consumed 50,500 acres on its journey to the ocean. The 101 remains open, but authorities warned drivers to be cautious traveling through the area. Thousands of homes were still threatened by flames, 27,000 people were forced to flee, a firefighter was injured and Gov. Jerry Brown declared a state of emergency, as some 1,100 personnel continued to battle the blaze. At least 150 structures — including one large apartment complex and the Vista Del Mar Hospital, a psychiatric facility — were consumed by flames. But Cal Fire suspects the true number is hundreds more; firefighters just haven’t been able to get into areas to know for sure.”

Watch videos of the new fire near the Getty Museum: