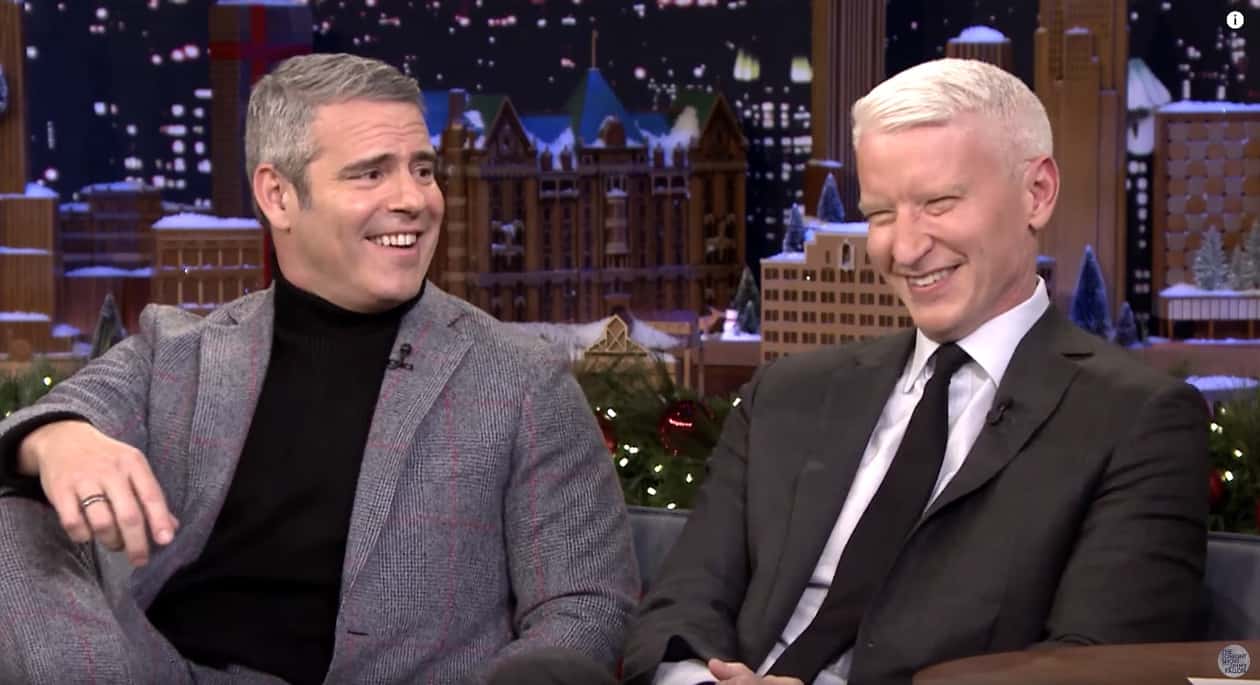 Andy Cohen and Anderson Cooper appeared on The Tonight Show to promote their upcoming New Year’s Eve CNN gig and revealed that they met on a blind date that went south fast, at least for Anderson:

“We were actually set up on a blind date. You know when straight people know two gay guys, they’re like, ‘Oh you guys should meet.’ We had a phone call to set up the date, I was a young reporter at NBC, he was at CBS. And I knew within 45 seconds, I was never going on a date with Andy Cohen.”

Added Anderson: “I imagined him on a Bluetooth headset and gesticulating. He was all excited. And he violated my cardinal rule, which is he asked me about my mom within the first minute of talking to me.”

Replied Cohen: “I wanted to date the Vanderbilt boy! I was excited!”