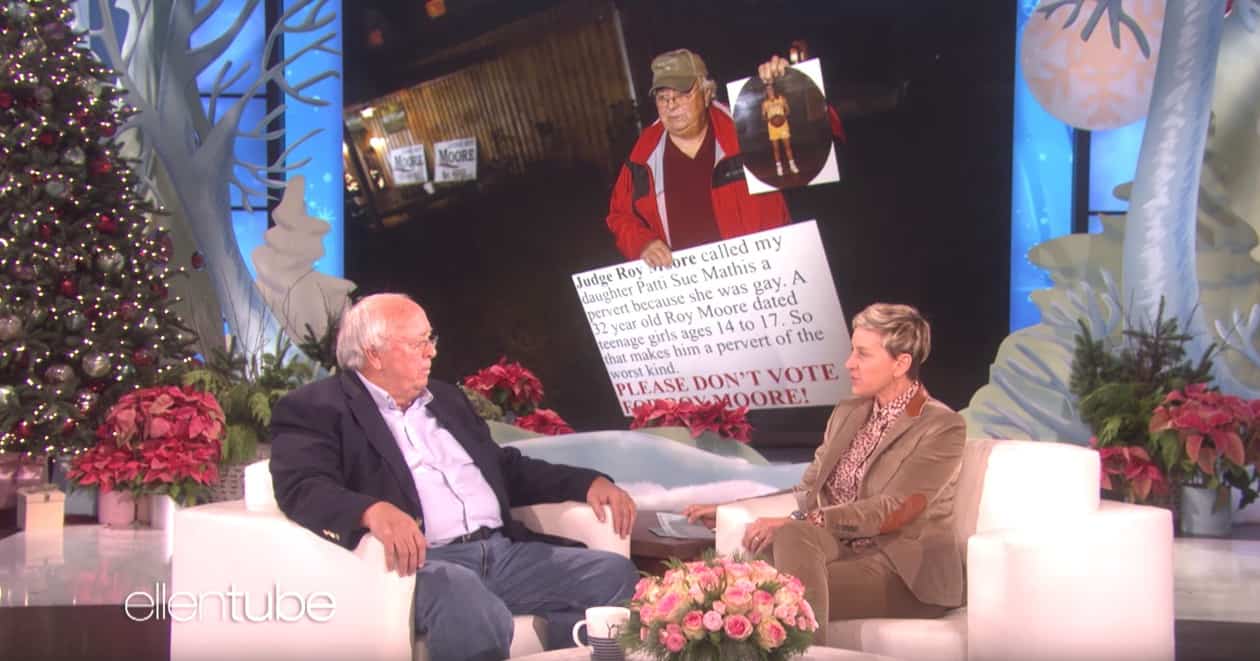 As it turns out, Mathis is smarter and more amazing the more you get to know him.

Mathis spoke to him about his regrets at the way he reacted to his daughter when she came out to him and wished things had gone differently, and that’s the reason he’s speaking out now. He says that he came around after taking his daughter to a number of doctors about the fact that she was gay, and each of them told the two of them, there’s nothing you can do. You are who you are.

Unfortunately, his daughter ended up taking her life.

Mathis said that he never expected to get the attention that he did and that he wasn’t even sure he could get near the rally.

“I had my sign in a trruck and I pulled in to where they were parking people and I said look I realize this is private property but I have a sign I would like to take down to the event if I could….about a half mile down this dirt road….he said ‘sure, a lot of people are taking signs.’ Well he just didn’t look at my sign. He thought I had a ‘I love Roy Moore sign’.

Mathis said he had trouble getting the sign made as well. When he texted what he wanted on it to one sign maker, the sign maker texted him back and said he couldn’t make the sign.

“He said ‘I can’t make that sign for you. I have a son who’s in the gay community and he’s rebelled against God and I just can’t do such a thing as that.’ Well I knew a little bit about this man’s life and how he’s lived it so I text him back and I said, ‘well I’m sorry you feel that way, but God also says you shouldn’t be living with another man’s wife.'”

When asked about the election results, Mathis said:

“I’m very excited it went the way it did. The last thing we needed was Roy Moore in Washington. Roy Moore needs to be somewhere getting psychiatric help, that’s where he needs to be.”

Ellen then said she was donating $25,000 to the LGBTQ suicide helpline The Trevor Project in his name.