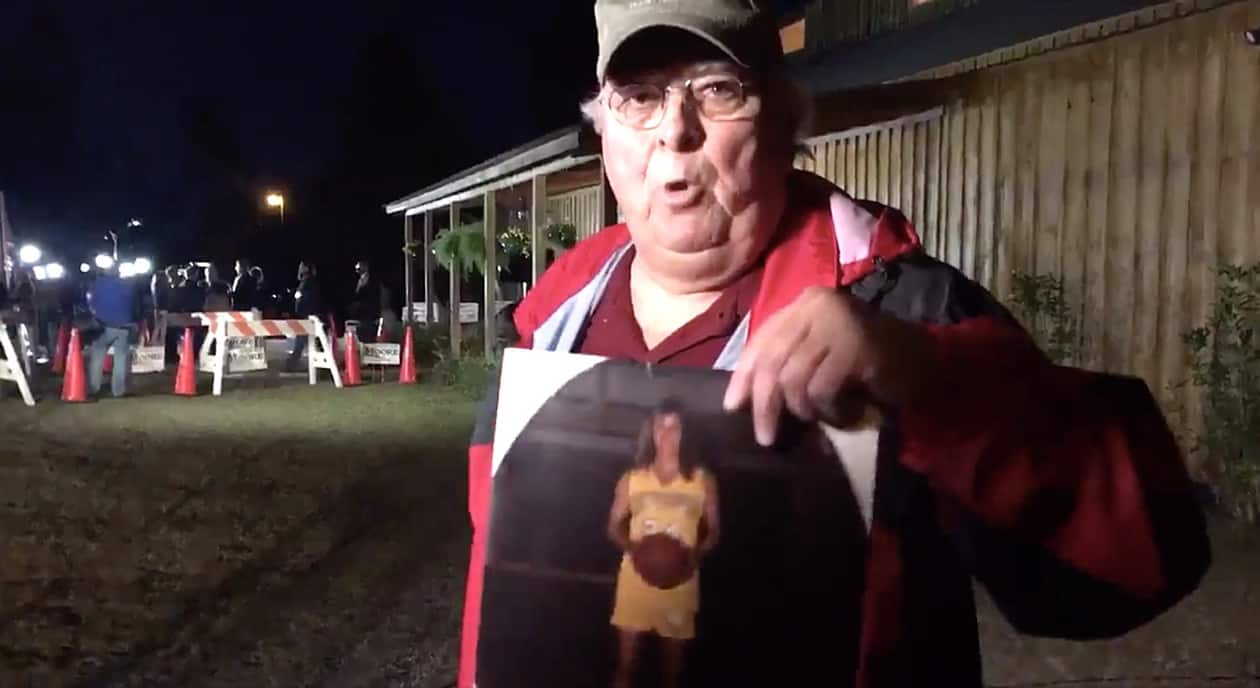 Nathan Mathis, an Alabama farmer who lost his lesbian daughter to suicide, is going viral after appearing in a powerful video shot outside a Roy Moore rally on Monday and speaking out against the GOP Senate candidate’s anti-gay views.

Mathis held up a sign that read “Judge Roy Moore called my daughter Patti Sue Mathis a pervert because she was gay. A 32-year-old Roy Moore dated teenage girls ages 14 to 17. So that makes him a pervert of the worst kind. Please don’t vote for Roy Moore!”

Says Mathis in the video: “If [Moore] called her a pervert, he called your child a pervert if she was gay, or your son was gay. This is something people need to stop and think about. He’s supposed to uphold the Constitution. The Constitution said all men are created equal. Well, how is my daughter a pervert just cause she was gay. Does it mean she was born gay? I don’t know the answer to that. But she was gay. There she is….Somebody needs to speak up…I was anti-gay myself. I said bad things to my daughter myself, which I regret. I can’t take back what happened to my daughter…”

Father, who says he's a local peanut farmer in Wicksburg, outside Roy Moore rally talks about losing his gay daughter at age of 23 to suicide. "I was anti-gay myself. I said bad things to my daughter, which I regret." pic.twitter.com/J0oOU0EJI2