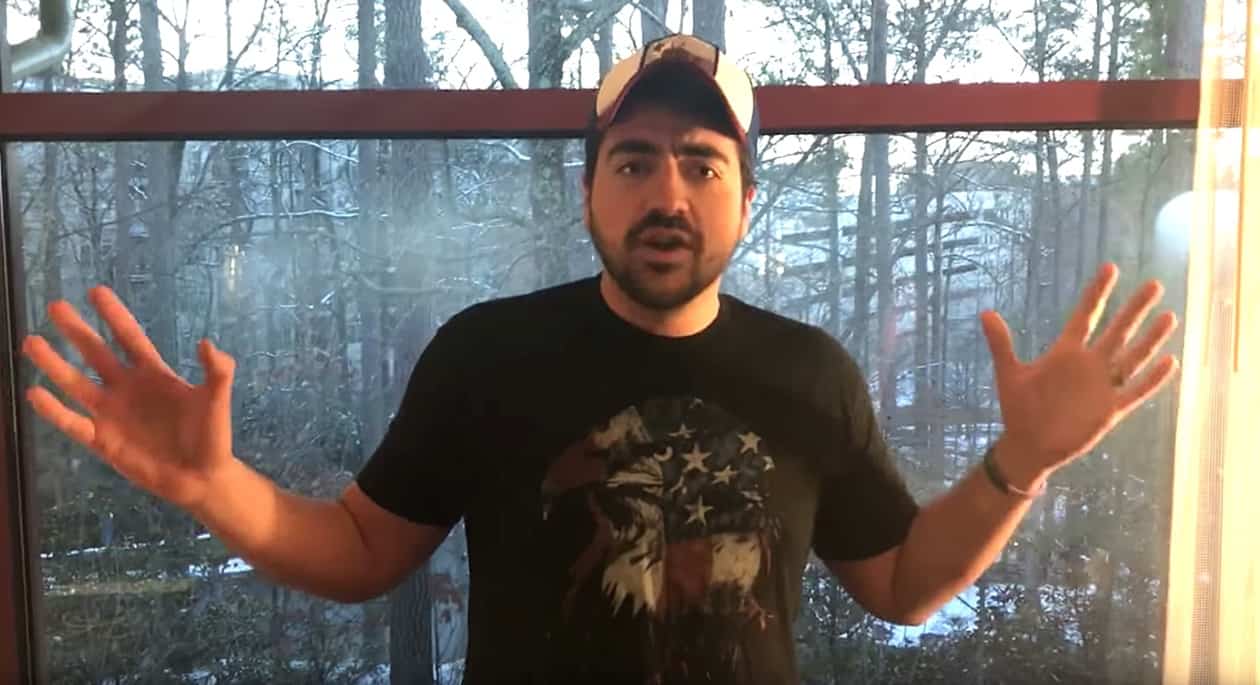 Liberal Redneck Trae Crowder is back with some new commentary on Roy Moore and the special Senate election happening in Alabama tomorrow between Moore and Doug Jones.

Said Crowder: “The people’s choices are Democrat Doug Jones and a poorly written villain from a f**king Dukes of Hazzard episode. Even when you take into account that the man that they’re replacing is a f**king Hobbit from an alternate universe where JRR Tolkien owns slaves, Roy Moore is an unbelievable bag of sh*t. He’s a judge who’s been kicked off the bench twice for refusing to do his job, he’s taken money from his own non-profit, he’s openly admitted that he thinks the last time America was great was before the Civil War, he thinks all legislation should be drafted by Jesus, and he presumably believes that the Devil invented dinosaurs and gay people.”