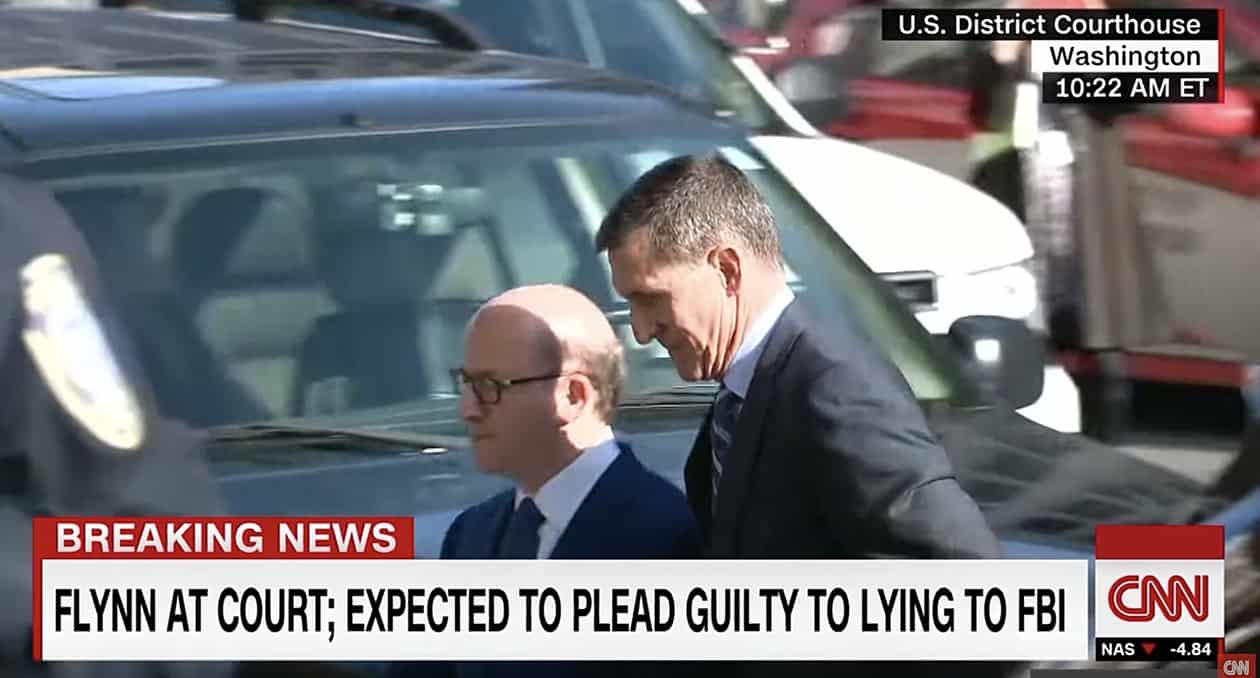 Former National Security Adviser Michael Flynn has been charged with making false statements to the FBI with regard to meetings he had with the former Russian ambassador. Flynn appeared in federal court in Washington at 10:30 am where he has pleaded guilty.

“After over 33 years of military service to our country, including nearly five years in combat away from my family, and then my decision to continue to serve the United States, it has been extraordinarily painful to endure these many months of false accusations of ‘treason’ and other outrageous acts. Such false accusations are contrary to everything I have ever done and stood for. But I recognize that the actions I acknowledged in court today were wrong, and, through my faith in God, I am working to set things right. My guilty please and agreement to cooperate with the Special Counsel’s Office reflect a decision I made in the best interests of my family and of our country. I accept full responsibility for my actions.”

“The false statements involved mirror the false statements to White House officials which resulted in his resignation in February of this year. Nothing about the guilty plea or the charge implicates anyone other than Mr. Flynn.The conclusion of this phase of the Special Counsel’s work demonstrates again that the Special Counsel is moving with all deliberate speed and clears the way for a prompt and reasonable conclusion.”

Flynn’s plea signals the former top adviser to Trump is now cooperating with the team of Special Counsel Robert Mueller. A brief statement released by Mueller’s team Friday morning does not say what information Flynn has provided the government as part of this deal, but sources familiar with the agreement told ABC News Friday he has made a decision to assist investigators.

Flynn, who was charged with making false statements according to court documents, becomes the latest Trump associate to face charges in Mueller’s probe and is set to appear in court at 10:30 a.m.

ABC News learned from sources that Flynn’s lawyer Robert Kelner met on Monday with members of Mueller’s team — an indication that a possible plea deal may have been discussed. Trump’s legal team confirmed last week that they were alerted by Kelner that Flynn’s attorneys would no longer share information regarding the Mueller probe.

The NYT: “The plea was the latest indication that Mr. Flynn was cooperating with the special counsel’s investigation into Russia’s interference in the 2016 presidential election.”