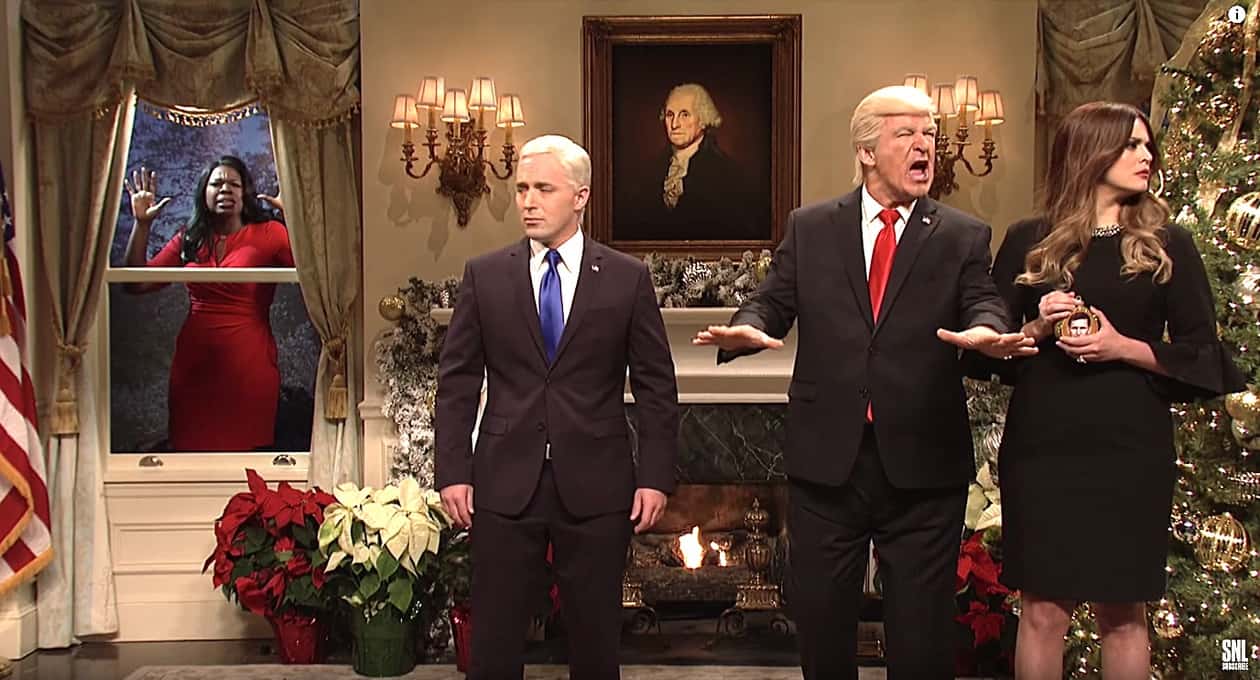 The Trumps trimmed the White House Christmas tree in SNL’s cold open, looking back at the year by inviting all the people who work for Trump to deliver an ornament.

But because I can’t help myself, we’re going to also remember all the haters and losers I destroyed this year, and we’re going to hang ornaments with their faces on them on what we’re calling ‘the tree of shame,’ according to Alec Baldwin’s Trump.

Asked Trump: “Are you here to deck the halls, Mike?”

Replied Pence: “Oh I don’t like that song because it mentions gay apparel. Which I’m pretty sure is a mesh tank top.”

Pence brought a Mike Flynn ornament, “because he lied to us, Mr. President. And he acted alone.”

BACKSTORY: Omarosa Blasts Reports That She Was Escorted from White House After Chaotic Firing: WATCH

The festivities are interrupted when Leslie Jones’ Omarosa tries to enter the White House through a window, and soon after she is taken away by Secret Service, the president’s next ornament arrives: Scarlett Johansson’s Ivanka Trump.

Kate McKinnon returns for double duty as “Elf on the Shelf” Jeff Sessions, bearing a star for the top of the tree with the face of Robert Mueller, “because he’s next. We gotta cut off the head to kill the snake and I should know because I’m a mischievous little mongoose.”