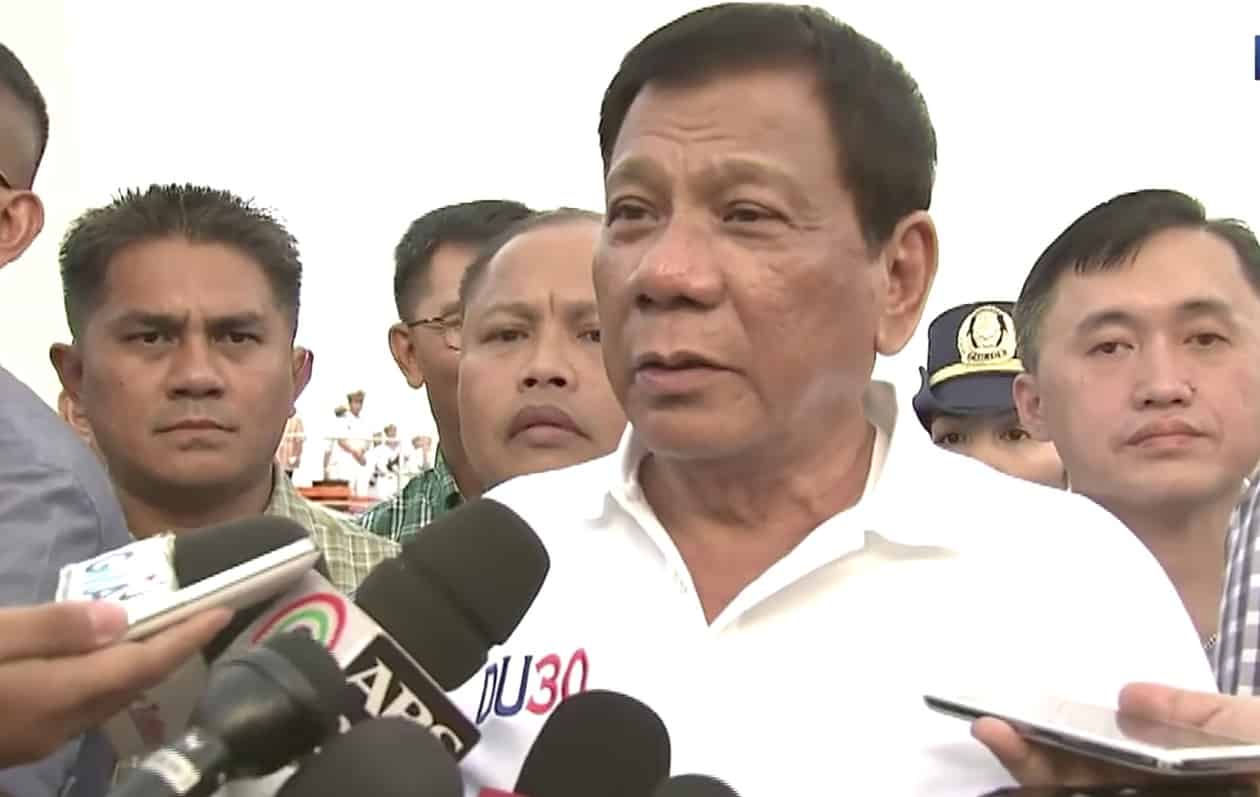 Philippine President Rodrigo Duterte told a group of LGBT people in his home town of Davao City that he supports same-sex marriage and, vowing to protect their rights, told them to nominate a representative to work in his government.

Said Duterte: “I said I am for same-sex marriage if that is the trend of the modern times. Why impose a morality that is no longer working and almost passed? So I am with you. You nominate somebody who is honest, hardworking. I give you until the second week of January to nominate.”

In January 2016 at an election forum, he told the crowd he was for it:

In a pre-election forum in January last year, Mr. Duterte endeared himself to progressives and the gay community when he was asked whether he would push for legislation to allow same-sex marriages, and he replied that he would. He said there appeared to be an “error in the Bible” when it said unions must be only between men and women.

It should have stated that marriages were for “Adam, Eve and the gays,” he said, to cheers from the crowd.

But that changed a little over a year later on a visit to Myanmar:

“That is their [Western] culture,” he said . . . “That’s for them. That can’t apply to us, because we are Catholics. And there is the civil code, which states you can only marry a woman for me, and for a woman to marry a man. That’s the law in the Philippines.”

Mr. Duterte, who turns 72 next week, said he was only following what was in the books, asserting that he did not take issue with anyone’s sexuality. Two of his brothers-in-law, and some of his cousins, are gay, he said.

But he stressed: “Wherever God has placed you, stay there.” He noted that no one was empowered to “erase the great divide between a woman and a man.”

So this opinion on same-sex marriage could change on a whim, given Duterte’s history, as described by Towleroad’s Luis Damian Veron earlier this year:

Before Trump and his Twitter account there was Duterte, similarly known for blustering insults and trying-too-hard womanizing, shifting policies on a whim from one day to the next, and being elected last year without a majority of the popular vote. He has gotten into hot water for wolf-whistling at a woman reporter during a press conference, praising the wonders of Viagra during a formal speech, making a joke about the gang rape of an Australian missionary, and calling then-President Obama a “son of a bitch” and telling him to go to hell, presumably because he thought it made him look tough. (Ever the charmer, he also insulted the American ambassador with a homophobic slur.) Behind all of the bravado lies a draconian, ill-conceived drug war that has led to the extrajudicial killings of thousands from which even children are not safe.