OBSTRUCTION OF JUSTICE. Dianne Feinstein sees a case building against Trump. “I think we see this in the indictments, the four indictments and pleas that have just taken place, and some of the comments that are being made. I see it in the hyper-frenetic attitude of the White House––the comments every day, the continual tweets. And I see it, most importantly, in what happened with the firing of Director Comey and it is my belief that that is directly because he did not agree to lift the cloud of the Russia investigation. That’s obstruction of justice.” 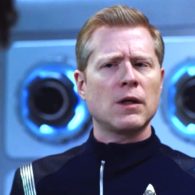 HARASSED. House of Cards fans are coming for Anthony Rapp because his sexual assault revelations started the snowball that got Kevin Spacey canned.

ECHOES OF ’68? How the SCOTUS anti-gay baker case is like South Carolina’s Piggie Park barbecue: ‘When two African-Americans parked their car at a Piggie Park drive-in in August 1964 in Columbia, South Carolina, the waitress who came out to serve them turned back once she saw they were black and didn’t take their order. In the civil rights lawsuit that followed, Piggie Park owner Maurice Bessinger justified the refusal to serve black customers based on his religious belief opposing “any integration of the races whatsoever.”‘ 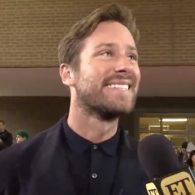 NIGHTMARE FUEL. If spiders worked together, they could eat all humans within a year: “That’s the shock new finding from a piece of research that is set to give everyone nightmares. At the moment, spiders mostly eat insects, although some of the larger species have been known to snack on lizards, birds and even small mammals. But in a report published in the Washington Post, experts said that if you add up the weight of all the food eaten by the world’s entire spider population in a single year is more than the combined weight of every human on the planet.”

COSTA RICA. Thousands march against marriage equality: ‘Under the name “March for life and family”, thousands of people walked this Sunday from the Metropolitan Cathedral to Paseo Colón.’

JAPAN. Calls for marriage equality growing: “While six local governments currently recognize same-sex partnerships, ensuring couples the same treatment and entitlement to local services as married couples, most still face discrimination when searching for public housing, visiting a critically ill partner in hospital or inheriting property on the grounds that they are not family.”

So sad to say that my mother passed away this morning. I only saw her last Monday and I am in shock. Travel safe Mum. Thank you for everything. I will miss you so much.

MICHELANGELO OF THE DAY. Tatsuo Horiuchi, a retiree who creates paintings on Microsoft Excel.

MORE TEASERS. Alan Ball’s “Here and Now”. “A multi-racial, adopted family has themselves tested when one of them begins seeing things.”