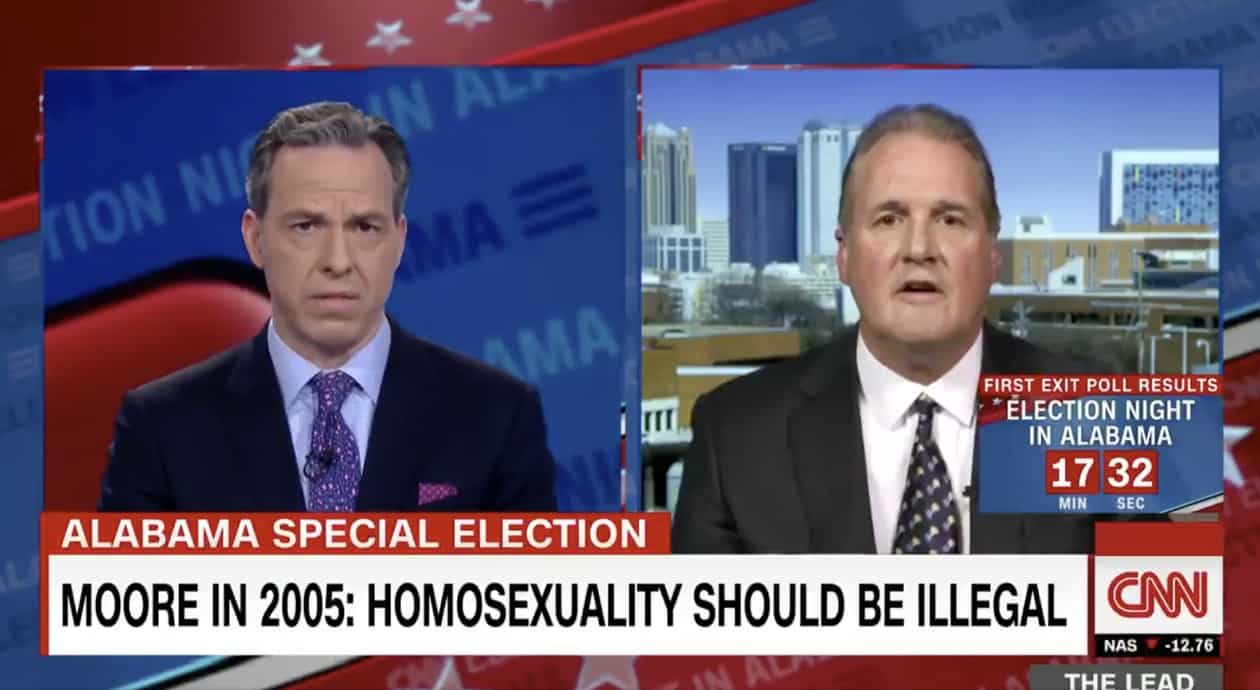 Jake Tapper asked Roy Moore spokesman Ted Crockett if Moore believes, as he did in 2005, that homosexuality should be illegal.

“Homosexuality is a sin in the biblical sense,” replied Crockett, dodging the question.

“Does he think homosexual conduct should be illegal? It’s a yes or no question,” continued Tapper.

Crockett also didn’t know that you could be sworn in on things other than a Bible. Speechless.

Roy Moore campaign spokesman responds with silence when asked if he knew people can be sworn in with a text other than the Christian bible pic.twitter.com/B65qIKBjlI