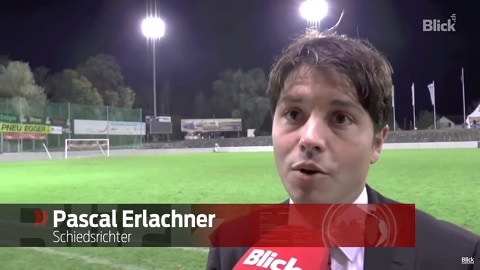 Professional football referee Pascal Erlachner has come out as gay.

Erlachner is thought to be the first man in professional football in Switzerland to come out.

According to Spiegel Online, he said it is unlikely others will follow his example. However, he is hopeful that his decision will help to dispel the myth that football and homosexuality don’t mix.

SRF reports that he “wants to help create a climate in which it should be normal in the future that footballers, coaches or officials are gay.”

Speaking to Blick, Erlachner said that although he is happy with his decision to come out, it will not prove to be popular with everyone.

He added that while is unsure if his decision will affect his career, helping at least one person will make it worthwhile.

Previous Post: « Roy Moore ‘Probably’ Thinks Homosexuality Should Be Illegal, According to Spokesman: WATCH
Next Post: Trump Tweets Reaction To Doug Jones Victory: ‘A Win is a Win’ »