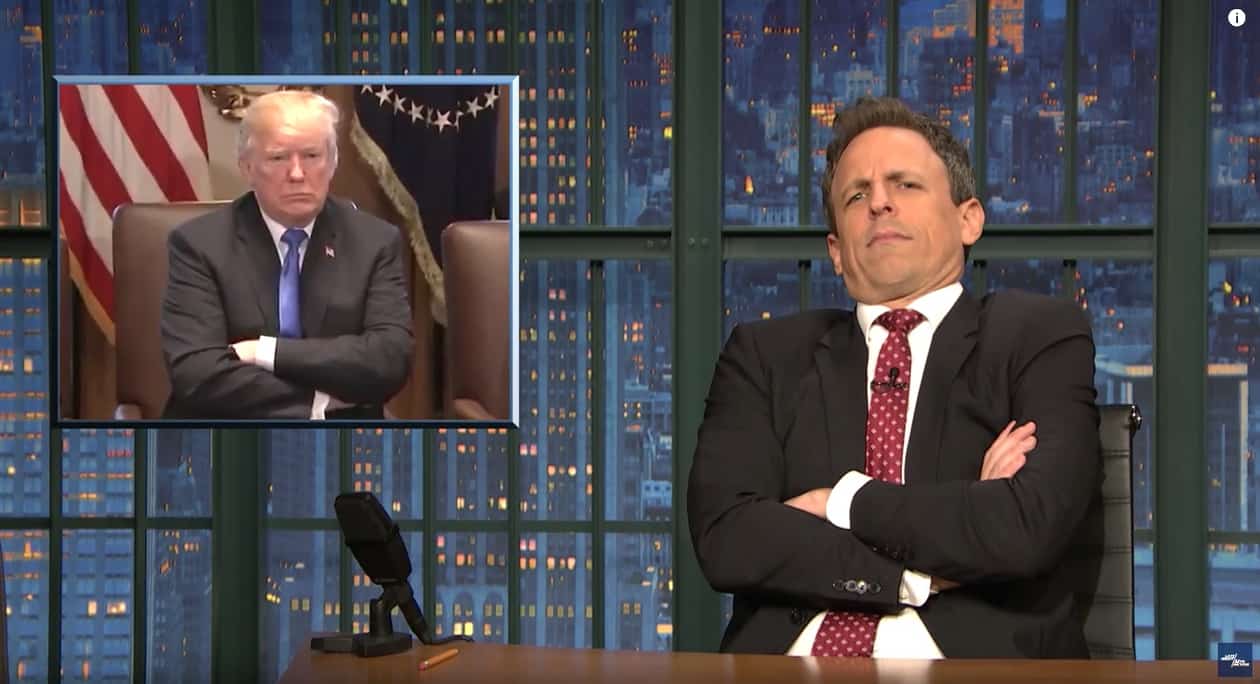 But first Meyers examined Trump’s latest shot at the press in front of his cabinet, telling them they “need a prayer” more than he does.

Said Meyers: “Ahh yes, prayer. What a cool thing to be a dick about.”

Meyers then moved on to the tax bill, astonished that Trump actually thinks he came up with the term ‘tax cuts’.

Meyers then played a clip of Trump claiming he came up with the word “fake”.

And Trump claimed he’s done more than any other president in history, to which Meyers responded: “You passed one bill. And people are so enthusiastic about you that Alabama elected a Democratic senator.”

Mike Pence also got on the Trump congratulation bandwagon, lavishing praise on him to his face for nearly three minutes. Meyers played the clip which ended on Trump’s scowling puss.

Previous Post: « Darren Criss Explains Why He Got Nearly Naked for a Selfie
Next Post: This Unbelievable EDM Star Wars Christmas Display is Causing a Disturbance in the Force: WATCH »