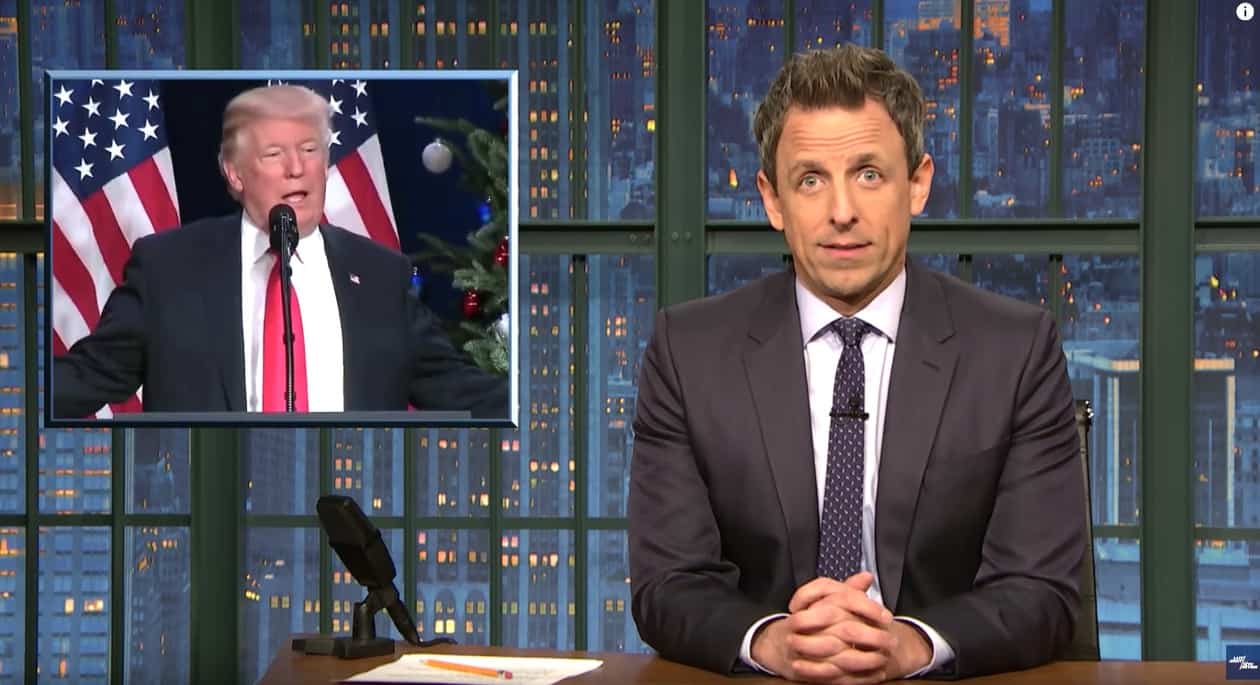 “Republicans passed a sweeping overhaul of the tax code that will overwhelmingly benefit corporations and the wealthy, amounting to nothing less than a brazen heist of the country,” said Seth Meyers, opening his A Closer Look segment on Wednesday night.

According to an article in Forbes, as Meyers pointed out, the top 1% of Americans will receive more than 80 percent of the tax plan’s benefits and more than half of Americans (53%) will see a tax hike.

“So to recap,” said Meyers, “If you’re rich, you’re getting a car for Christmas. If you’re not, go ahead and wrap up a can of gas.”

Trump claimed that he would personally pay more under the new tax plan, but said, “Hey, I’m President. I don’t care. I don’t care any more.”

Quipped Meyers: “Oh, we definitely believe that you don’t care. You’re by far our most checked-out president. I mean, James Garfield worked harder than you after he was assassinated. You watch more TV than a sixth-grader at home with the flu. Trump watches so much TV we’re like a week away from him tweeting about The Price is Right: ‘Plinko is obviously rigged and the Wheel is fake news. I guess the price is wrong. Sad!’”

Meyers then mocked the way Senator John Cornyn stretched the definition of “middle class” to argue that it would benefit average Americans.