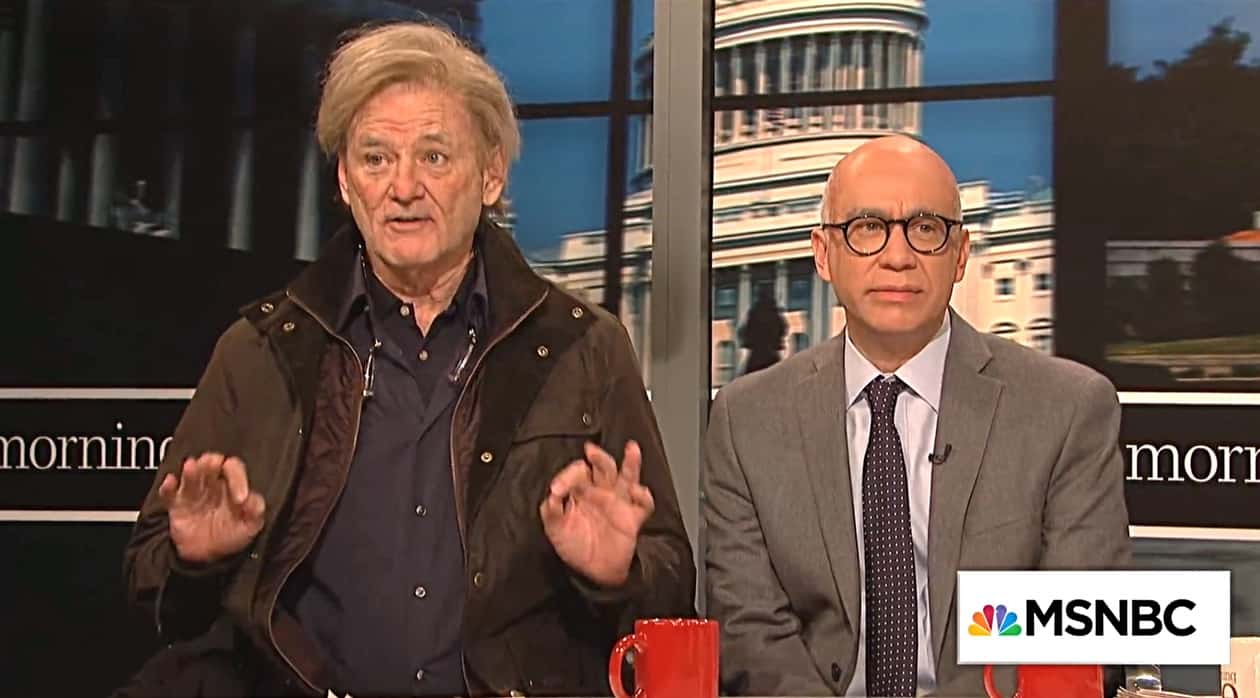 Michael Wolff (Fred Armisen) joined Joe and Mika to talk about the book and the debate over its truthfulness.

”Look, you read it right? You liked it? You had fun?”, asked Armisen’s Wolff. “Then what’s the problem? You got the gist, so shut up.”

Bill Murray’s Steve Bannon then showed up to talk about the book.

”Steve my God I always thought you looked like death but this is death warmed over,” said Mika.

Bannon then backed up Wolff’s book and argued that his power still lives. “The Bannon dynasty is dawning.”

”I’m working on a web series for Crackle. It’s called pups in cars getting coffee.  And I’m also coming out with a new line of wrinkled barn jackets for guys called Frumpers for guys. Springtime – skincare line – Blotch.”